Vaccine Hesitancy and Ways Out 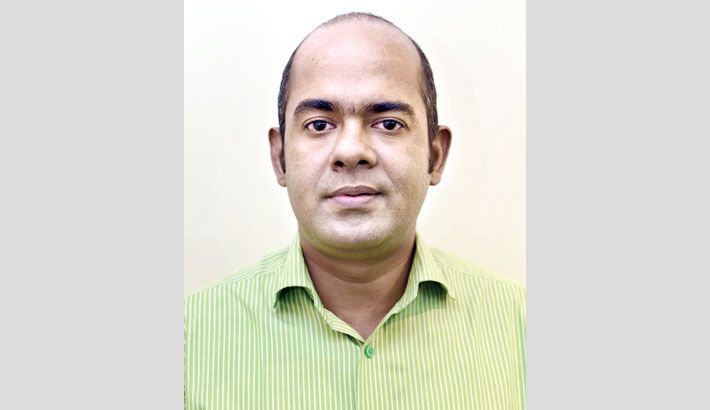 As the outbreaks of Covid-19 rage on, taking toll on life, livelihood and economy across the globe, countries are making every effort to grapple with it. While there is no magic bullet for the crisis, vaccination is thought to be the most effective way to head off the menace. Epidemiologists and health experts stress the need for inoculation which is all too important to achieve herd immunity to infection. Herd immunity happens when enough of a population has protection against an infection, thus stopping it from spreading. World Health Organization (WHO) experts have estimated that at least 65-70 per cent of a population need vaccination coverage before herd immunity is reached.

As of April 25, jabs of Covid-19 administered worldwide have crossed one billion mark since its inception in December last year. Even with the best will in the world, countries may not hit the target of inoculating the maximum of its population, as a significant portion of the world population would shy away from vaccination programs owing to hesitancy about it, as well as other critical underlying problems with the public health system and its delivery.

Bangladesh, with the prime minister's decisive role, set out a countrywide mass inoculation program in the second week of February, much ahead of many developing countries. In mid-February, the program saw more than 2 lac people on an average per day thronging vaccination centers across the country, taking their shots. The following weeks witnessed a downward spiral in number reportedly due to suspicion over its risks, benefits and a lack of public awareness.

Vaccine skepticism is however not a new phenomenon. Rather, it is as old as vaccines themselves. Even the near-complete vaccines for smallpox and polio, which made history by eliminating the diseases almost entirely from the planet, were not free from skepticisms and criticisms. In fact, doubts over and fears of vaccines set in since the injections of infectious illness came into play to eradicate the ailments. This was the time when online and social media were yet to come into existence as today.

The denial of vaccination mainly stems from misinformation, which has taken root in people’s minds at the very outset of the vaccine culture. Some of the emerging problems of misinformation seems very new and inextricably intertwined with social media, where falsehoods or rumours can spring up, thrive and spread like wildfire through an absence of editorial gatekeeping, a lackadaisical approach from tech companies in limiting the reach of questionable stories or controversial information, and the ease with which netizens can share them.

As a health crisis of epic proportions plays out before us, people desperately want fast access to the latest news on vaccines and all other developments. But an abundance of information can make for confusion, misunderstanding and bad faith. Last year, at a meeting in its headquarter, the WHO chief termed the burgeoning wave of misinformation about Covid-19 and its false remedies that made the rounds on the Internet and social media as ‘infodemic’. He also sounded an alarm that unless it was effectively dealt with, the ‘infodemic’ could preclude the control of the epidemic that may affect the people across the board.

Unsurprisingly, not just the illiterate or semi-literate, but a significant number of the educated, skilled professionals, public figures, and political leaders tend to be skeptical about Covid vaccines. Their stand only helps stoke up doubts in public minds over vaccinating. In December 2020, Brazilian president Jair Bolsonaro fired broadsides at coronavirus vaccines, even suggesting that the one developed by Pfizer-BioNTech could turn people into crocodiles or bearded ladies! The far-right leader has downplayed the epidemic and been skeptical of the coronavirus since its emergence, branding it ‘a little flu’ and refusing strenuously to even take basic control and prevention measures against it.  He insisted he would not be vaccinated, even while rolling out the country's mass inoculation program.

The pertinent question is why are some people hesitant or why do they refuse a lifesaving service for themselves, one that comes to their doorstep for gratis? The simple answer is they are suspicious of the system which they feel is not aligned with the best interests of them. Generally, people understand that they can come down with an illness, and need medical treatment to shake it off. While familiar with the treatment, many are blissfully ignorant of disease prevention, so it does not make sense to them to receive medication (vaccine) when healthy. Moreover, they are unaware of the common side effects of vaccines —sore arm, fever, headache, fatigue, rash, nausea, pain at the injection site, lethargy, loss of appetite, occasional diarrhoea, which they attribute to vaccines. Some people ascribe malformation in children to vaccines; they even maintain that Covid-19 vaccines may affect their ability to procreate.

Not all speculations surrounding Covid vaccines are unfounded. One of the common perceptions is that manufacturers have rushed out Covd-19 jabs, which ineluctably leads to distrust and concern over its reliability.  The distrust arises out of a lack of transparency and failure of timely releasing safety and efficacy data by the manufacturers. There is no denying that preparing a complete jab, which usually takes more or less 10 years, for human usage in a span of just 10-12 months will cause concern and raise doubt about its safety. But the fact remains that responding to the gravity of the prevailing crisis, scientists and developers had to work in collaboration with other disciplines in different phases of its developments in order to truncate the duration from lab to jab.

So, it is high time that vaccine makers put their cards on the table, and brought all relevant information of safety and efficacy into the open in order to allay fear and hesitation of potential recipients. Public health authorities should monitor the vaccinated people for several weeks or even longer and offer immediate medical assistance in case of any unusual symptoms. Mainstream media, print and online, need to regularly keep people posted on research and developments of vaccines so that they can debunk the mystery surrounding it and more and more people are encouraged to take it thereby helping achieve herd immunity from Covid-19 infections sooner than later.

The writer is an associate engineer at Thakral Information Systems Pvt. Ltd.