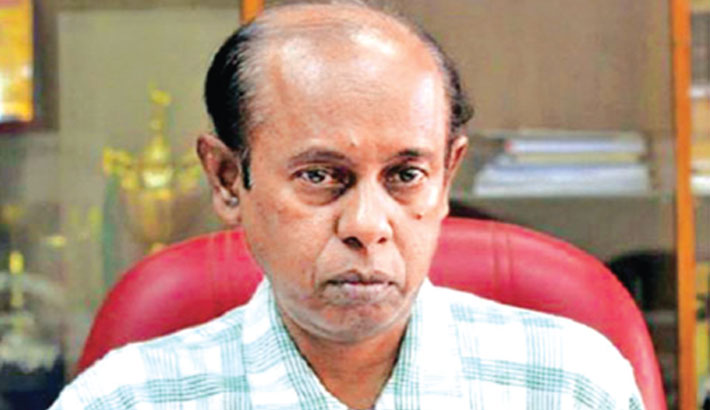 Water is essential for life but why? It regulates body temperature, protects tissues, spinal cord and joints, helps to excrete waste through perspiration and urination, helps to maximise physical performance, prevents constipation and weight loss, improves circulation of oxygen in blood, fights against illness and keeps skin bright etc. It is said that the other name of water is life. Without water life is impossible.

Apart from it, water is essential for household and commercial works, all other animals, trees, nature, environment, industrial undertaking, power generation and nuclear plants also. The most important function of water in a nuclear plant is to remove heat from the nuclear reactor and transfer it to electrical generators and to keep it cool. In a typical nuclear reactor water goes through the steam generator and turns into steam that powers the turbine. Then it passes through the cooling tower that prevents the generator from being overheated. For easy and quick availability of water power stations and nuclear plants are normally located on banks of rivers or nearby water bodies to maintain the plant and protect ecosystem around.

Cost of electricity produced in most light water reactors that provide major portion of the world's nuclear capacity ranges from 0.025 to 0.07 US dollar per kilowatt-hour depending on design and requirement of the plant. At present almost all nuclear power plants are based on light water reactors using ordinary water under high pressure as coolant. Heavy water reactors use deuterium oxide which is almost identical to ordinary water but holds much lower neutron capture allowing more thorough moderation. This highly essential element (water) may sometimes become dangerous, even devastating (e.g. flood). Water contaminated with tritium sometimes leaks to groundwater accidentally or under official approval. Two such instances are Chernobyl in 1996 and Fukushima in 2011. 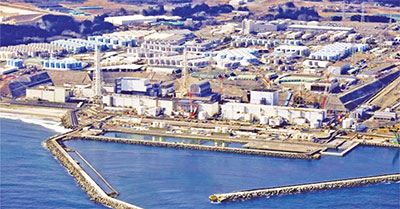 The Fukushima nuclear disaster was caused by a 9.0 magnitude Tōhoku earthquake on 11th March, 2011 at the Fukushima Daiichi Nuclear Power Plant in Ōkuma, Japan. After around 50 minutes of the initial earthquake the largest ever tsunami wave of 13–14 metre (43–46 feet) high hit the place that overwhelmed the plant's ground level. It was the most severe nuclear disaster since the Chernobyl accident in 1996. 20 kilometre radius was declared as evacuation zone and 154,000 residents were evacuated from the surrounding area of the plant. Huge amount of water contaminated with radioactive isotopes was released into the Pacific Ocean during and after the disaster. The Japanese Government constructed a 1.5 kilometre long ice wall of frozen earth along the coast to prevent the flow of contaminated water but effects remained which are being exposed after ten years.

The 2011 earthquake and tsunami destroyed three nuclear reactors at Fukushima. Excessive heat created pressure inside the furnace and disrupted the cooling system. As an outcome of that terrible disaster the nuclear plant became crippled. Around 1.25 million tons of contaminated water is still stored in a thousand tanks of that plant. 500 Olympic swimming pools can be filled in with this amount of water. Japan has decided to release this water from the Fukushima nuclear plant into the sea. As reported by Associated Press on last 13th April, it was officially informed by the Government of Japan and since then several neighbouring countries have expressed concern over this decision. According to a preliminary estimate, gradual release of the water will take nearly 40 years but will be completed before the plant is fully decommissioned. About 70% of the water in the tanks is contaminated beyond discharge limits but will be filtered again and diluted with seawater before it is released, the report says.

The decision has already sparked controversy inside and outside Japan but the Japanese Government is trying to assure everyone. As claimed by the government, all radioactive materials have been properly removed from this water. It will cause no harm to anyone.  Japanese Prime Minister Yoshihide Suga has said that it was an "inevitable process." The discharge process will be started only after it is proved that it is completely safe and all possible damages can be prevented. Unless released in a controlled way it will create more problems. Toyoshi Fuketa, Chairman of Japan’s Nuclear Regulation Authority, has repeatedly called for an ocean discharge and commented that a controlled release of adequately treated water would cause no harm to human beings or environment.

Japanese fishermen have already opposed this decision but setting their objection aside the government stands strict claiming that this water is stored safely inside the nuclear plant. Some scientists also said that too much of the radioactive material in the water is harmful to human body. China and South Korea have expressed stern reaction against this decision. Koo Yun-cheol, South Korean Minister of Policy Coordination, termed it “absolutely unacceptable” and urged Japan to disclose how the water is treated and its safety is verified. South Korea has banned seafood import from parts of Japan since 2013 and could increase those steps. China criticised Japan’s decision as “extremely irresponsible,” saying that health concern of neighbouring countries has not been considered and has urged Japan to act "responsibly". Several environmental organisations have been critical of Japan's decision since the beginning. Fishermen of that area also apprehend that rest of the country will show reluctance to purchase fish from them. Since 2011 several countries have banned import of seafood from Japan's northeast coast. In a statement China's Ministry of Foreign Affairs said, "Beijing is deeply concerned about public interest, health and safety of the Chinese people."

Supporting Japan the International Atomic Energy Agency (IAEA) has said that it is nothing new. Similar procedure is followed for wastewater emitted from other plants around the world. IAEA has already issued clearance to Japan. Mr. Rarael Mariano Grossi, director general of IAEA welcomed Japan’s decision that it has decided how to dispose of treated water stored at the Fukushima Nuclear Power Plant. He added that IAEA is ready to provide technical support for this purpose. The Japanese government is likely to announce their discharging plan officially early next week. If confirmed the disposal process is likely to begin from October 2022. However, world community expect that everybody will act reasonably and responsibly on this very important multilateral issue.