UK clubbers set to return to Liverpool for trial night 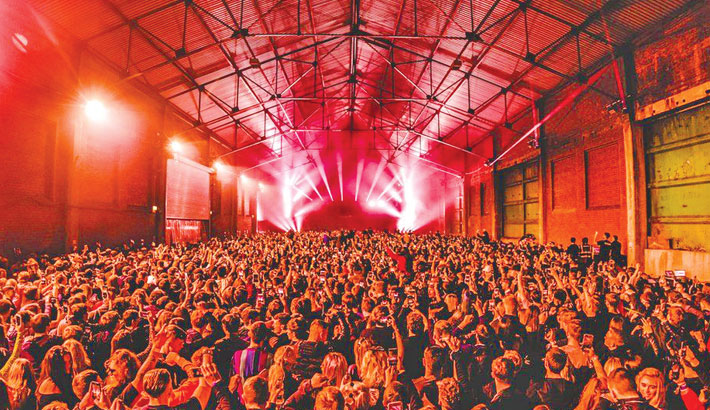 LONDON: UK clubbers are returning to the dance floor for the first time since the pandemic began, as part of trials to see how venues can reopen.

Some 3,000 people will party at a warehouse in Liverpool on both Friday and Saturday, reports BBC.

Ticket-holders don’t need to socially distance or wear face coverings, but they’ll need a negative Covid test result before being allowed in. Organisers have stressed the events do not carry a risk to public health. Circus’s The First Dance event,

which is part of a series of government trials on crowd safety during Covid, will be at the Bramley-Moore Dock warehouse.

Sven Väth, the Blessed Madonna and Jayda G are all performing on Friday night, with Fatboy Slim headlining the Saturday night event.

Experts will use the event to look at whether crowds mixing and dancing indoors increases transmission of the virus.

Coronavirus has crippled the nightclub industry, with a recent report finding UK clubs have been forced to make 51% of their staff redundant since last year. In comparison, bars and pubs have axed 32% and 25% of their workers respectively.

Clubs will have been closed for 15 months by June, when it is hoped all legal restrictions on social contact will be lifted in England.

Ticket-holders for the Bramley-Moore Dock event won’t have to wear face coverings or socially distance, but to gain entry they will need to have a negative Covid test result from a lateral flow test within 24 hours of the start of the event.

They’ll also be encouraged to take a PCR test five days afterwards to make sure any spread of the virus is properly monitored.

Only those living in the Liverpool City Region and showing no sign of Covid symptoms were eligible to apply for tickets.  Jade Edwards is one of those with a ticket. The 28-year-old is a barista in Liverpool and has told Newsbeat she feels “emotional” that her hometown has been given the opportunity to host a trial event.

“I’m excited to see Yousef... it’s going to be one to remember,” she adds.

Sport has already been trialling the return of crowds, with events including the World Snooker Championship and the FA Cup.

Liverpool has been at the forefront of the government’s trials on crowd safety - on Sunday, Blossoms will be among the bands to perform to a crowd of 5,000 fans at an outdoor gig at Sefton Park.

As with the club nights, lateral flow tests will be required beforehand but social distancing and face coverings won’t be needed once people arrive.

The gig is being hosted by Festival Republic, which is also behind Reading and Leeds Festival.

“If there had been concern the event would produce a spike, the public health director in Liverpool would have suggested to us that it wasn’t a good idea to go ahead,” he says