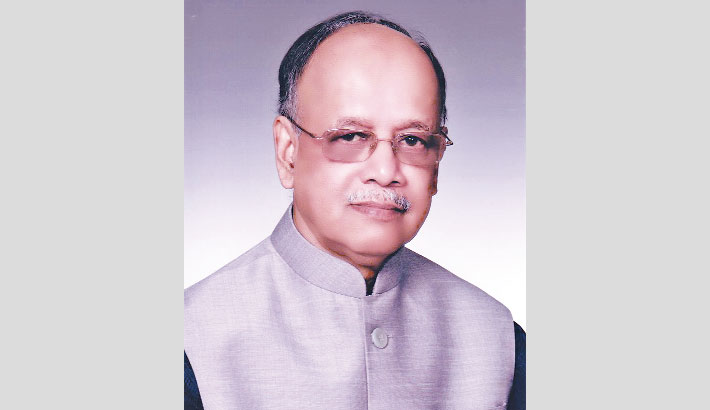 When the world thought humanity is constantly being pushed as something of the past, the Covid-19pandemic suddenly saw its resurrection not only in Bangladesh but also in different parts of the world.

No other events in recent history have brought down the entire world on its knees as did the Covid-19pandemic, commonly known as Corona. Caused by an unknown virus, presumably that originated inChina in December of 2019 so far the 3.2 million people have died around the world, the highestnumber being in the most powerful country in the world, United States followed by Brazil and Indiaoccupying the third position. The world superpowers spend millions of dollars annually searching forbetter weapons to kill people and destroy countries but are shy to spend money to save them byinvesting in better health care. These superpowers spends billions of dollars to find water and oxygen in other planets but fail to appreciate the fact that the world has enough water but would not takeappropriate measures to preserve and properly use them. The process of making oxygen wasdiscovered by a Swedish scientist Carl Wilhelm in 1772 but these superpowers are busy trying to findoxygen elsewhere while the Covid patients are dying for the lack of oxygen in the very planet theylive in.

Currently the Covid-19 situation in our neighbouring country India has reached a catastrophic stageand virtually gone out of control of the Indian government. India is a country which boasts of itsnuclear power and past history. In about two decades it is slated to become the third largest economyin the world and the public perception in Bangladesh and few other countries is that it has reasonablya good health care system. But when the Covid-19 crisis hit India the poor quality and hollowness ofpublic health sector were exposed to its people and the rest of the world. Before India faced thecurrent catastrophic situation, other countries which were hard hit, especially those in Europe, US,Brazil, Chile there were no vaccine or other sort of medical care available. People relied on otheralternatives to prevent deaths and its spread but hardly any country witnessed people dying justbecause the hospitals have ran 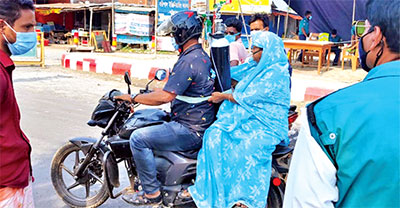 out of oxygen and lacked enough seats and other facilities for theCovid patients. Currently in many hospitals in India, especially in Delhi and Maharashtra, two to threepatients are sharing one bed. The pandemic is sparing no one in any country, fromPrime Ministers to Generals, from millionaires to low income people, from Kings to their subjects havebecome victims to this virus. Everyone is holding their breath and trying to guess who will be the nextunfortunate one.

Apart from the lack of proper medical care for the Covid patients in India in most placescrematoriums are cremating dead bodies twenty four hours a day and burial grounds have run out ofburial space. Even dead bodies are being burnt on roof tops and public parks and school playgrounds.

Amidst all these depressing news in places around us, the only flicker of hope that has evolved is theresurrection of the human quality of ‘humanity’. In Bangladesh the doctors and nurses along withtheir assistants are working round the clock forgetting their duty hours. In some cases few have comeback from their retirement and voluntarily and offered their services. In Bangladesh due to proactiveapproach taken by the Prime Minister catastrophic situation like India could be avoided in the initialstage though there were ample evidences of mismanagement in the health sector. In the first fewmonths people who were out of job or did not have any stable income the government, voluntaryorganizations, and philanthropists came forward to deliver free food and other essential items to thosewho needed them. Such programmes have again been revived. There were sad incidents where familymembers abandoned their near and dear ones in hospitals after his or her death. There appeared agroup of volunteers like angles who took all the responsibility of either burial of the dead bodies orcremating them as the cases demanded. People needed oxygen tanks for a patient being treated athome. A call went out over the social media. There were a number of responses and the other day ayoung lady on her scooty delivered such an oxygen tank to a patient’s house. The oxygen tank and thedelivery were all at no cost. Humanity stood tall over everything. In Narayanganj a WardCommissioner formed a volunteer group who took upon themselves the responsibility of carryingpatients to hospitals, burying those who died and in one case when a person from a minoritycommunity died of Covid and none of his community would even come near the dead body the volunteergroup came forward to cremate him. Ironically the same Ward Commissioner was infected withCovid-19. Now he has recovered and back in business.

In India when the entire healthcare system was collapsing, the Muslims in Gujarat, the state whichwas hard hit in 2002 riot came forward to open hospitals and isolation centres in the same verymosques which were vandalised and in some cases destroyed during the riots fuelled by the religiousbigots. Following the examples in Gujarat many Madrassas in Uttar Pradesh followed suit andsurprisingly the DarulUlumDeoband Madrassa, the iconic madrassa of the sub-continent, turned oneof their entire multi-storeyed buildings into a Covid hospital. Many mandirs and other places ofworship followed suit. Shahnewaz Sk. a resident of Mumbai sold his SUV vehicle for 22 lakh Indian Rupee and bought oxygen cylinders from the market to be distributed who needed them, all free of cost.

India’s business tycoon Ratan Tata announced he will donated INR 1500 crore to the governmentfund to buy essentials needed for treatment of Covid patients and if needed he will donate his entireproperty. India needed to be saved. Ratan Tata is a Parsi. In this hour of need priority of religiousbeliefs could wait. Big industries that used oxygen cut down on their use or completely shut downtheir plants so that the available supply of oxygen can be diverted to the hospitals. Similar incidentshave happened in Bangladesh too.

When patients were dying helplessly in India primarily due to lack of proper oxygen supply andmismanagement of the government, Saudi Arabia arranged to airlift 80 million metric tonnes of liquidoxygen to India. Earlier India gave Covid vaccines to Saudi Arabia as a part of their vaccinediplomacy. Not only Saudi Arabia but countries like Singapore, Germany and Britain airlifted entireoxygen plants and tanks and medical equipment to India. USA which put an embargo on the export ofsome essential raw materials used for manufacturing vaccines by Serum Institute of India lifted itsembargo. Even Bangladesh which was frustrated because India’s Serum Institute failed tohonour its commitment to supply the required vaccine doses and India stopped supplyof liquid oxygen to Bangladesh, the country offered to help India by supplying required medicines and other protective devices for doctors and other health workers. The contract with Serum Instituteis an international contract and Bangladesh can sue the Institute for non-performance. EuropeanUnion has decided to do so.

One of India’s major mistakes was to allow the KumbahMela, held every 12 years to be held thisyear. The last Mela was held in 2010 and the actual due date for the Kumbah at Haridwar in upstreamGanga, in the State of Uttarakhand was in 2022 not 2021. But the Sadhus who attend this Mela,numbering about ten million allegedly manipulated the dates and made a decision to hold the Melathis year presumably to get rid of Covid-19 this year. They had all other types of excuses to hold theMela in advance. So far those who attended the Mela defying all sorts of warning and logic, twothousands of them have been identified as being Covid positive. Second avoidable mistake thegovernment made was the holding of state elections in four Indian states to elect members of stateassemblies. In the election rallies no one bothered about masks or maintaining social distancing. Onthe other hand, Saudi Arabia put an embargo on all Muslims from abroad either on performing the HolyHajj or Umrah last year. In the Hajj, approximately 2.5 million pilgrims attend. Last year only fewthousands Saudis were allowed to attend this all important annual event. This year the policy is yet tobe announced. From available sources, it is learnt that only those taking the full dose of vaccine maybe allowed to perform Hajj, that too in smaller numbers. Hajj and Umrah play a very important role inSaudi economy. Oil prices currently having hit a rock bottom, Saudi Arabia is one country which hasmanaged to stop the spread of the pandemic. After Hajj, the largest gathering of Muslims coming fromdifferent parts of the world is the BiswaIjtema held in Dhaka. This year the government put anembargo on this annual event.

Few days back, the Mumbai police was seen appealing to the Muslims over microphone during Sheritime to pray for all after the Sheri is over (presumably Fajr prayer) so that the pandemic spares thecity. Mumbai has been under curfew to keep people indoors during this pandemic time.

The half-educated Mullah’s in Bangladesh will never preach the virtues of humanity. Their focus willmostly be on intolerance and hatred. On the other hand, Islam advises us to treat neighbours kindly,even if they are not Muslims. The Hefazatis or the Jamaatis or other so called Islamist parties willnever allow their properties in Bangladesh to be turned into hospitals or isolation centres in this hourof need though they claim they follow the ideology as preached by DarulUloomDeoband. For themthere is no space for humanity but have enough space for bigotry, preaching hatred and intolerance inthe name of Islam.

The actions of a section of people in Bangladesh or India irrespective of faith or caste have shown inthe end it is humanity that matters. It is the people for whom all religions or faiths exist and not theother way round. So people must be saved at any cost and humanity is one of the tools that would helpprotect people. Long live humanity.