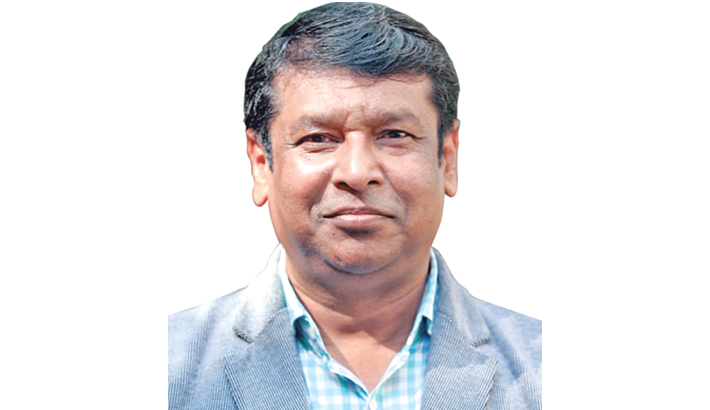 Although Japan is trying to convince the world that Fukushima radioactive water is safe to be dumped into the sea, and the US even thanked Japan's "transparent efforts," Asian countries including China and South Korea, as well as some civil groups in Japan and international organizations are still expressing their concerns and strong opposition.

Japan has approved a plan to release more than one million tonnes of contaminated water from the destroyed Fukushima nuclear plant into the sea. The water will be treated and diluted so radiation levels are below those set for drinking water. Tokyo says work to release water used to cool nuclear fuel will begin in about two years. The final approval comes after years of debate and is expected to take decades to complete.

Brent Heuser, an engineering professor at the University of Illinois, said Japan’s plan to release treated radioactive water from the wrecked Fukushima nuclear plant will have “zero environmental impact.”    The plant’s operator, Tokyo Electric Power Co or TEPCO, will treat and dilute the water before pumping it out into the Pacific Ocean in about two years’ time. However, Analysts and environmental groups raised doubts over whether TEPCO can eventually clean up the Fukushima radioactive water before it discharges into the ocean.

Japanese Prime Minister Yoshihide Suga said releasing the water into the ocean was the “most realistic” option. The International Atomic Energy Agency said “Japan’s chosen water disposal method is both technically feasible and in line with international practice.” The US said Japan has been transparent and its approach appears in line with “globally accepted nuclear safety standards.”

Following the 9.0-magnitude earthquake on March 11 in 2011, three out of the six reactors at the Fukushima Daiichi Nuclear Power Plant overheated. The damage to the reactors meant that the water used to cool them down became contaminated.

Although most of the radioactive elements can be filtered out by a system known as the ALPS (Advanced Liquid Processing System), tritium, a mildly radioactive form of hydrogen, cannot be removed. Nigel Marks, an associate professor of physics and astronomy at Curtin University in Perth, said: “It takes around 60-100 years to completely convert into harmless helium. In the spectrum of radioactive elements, tritium is at the mild end.” “The health impact will be almost zero,” said Marks. “We are surrounded by radiation in our daily life, and this release will not affect humans, marine life or the ocean itself.”

Luk said it would be further diluted by seawater. “Tritium can cause cancer, the same as other radioactive substances,” he continued. “But the dosage is so low that it is not likely to cause cancer in the long term. “The biological half-life of tritium is around 10 days. [Which means] the tritium will not accumulate in our body over a long period of time.”

Japan’s powerful neighbors including China and South Korea opposed the plan. Environmental group Greenpeace as well as local residents and fishermen also raised their concerns and strongly opposed the move, as have China and South Korea. The two countries say the Japanese government is not only threatening its own people, but also the lives of its neighbors. China, South Korea and several other countries have stopped importing food from Japan's Fukushima prefecture for a decade, citing the spread of radioactivity. A new dimension has now been added to the old debate over the Japanese government's decision to release radioactive water stored in nuclear power plants into the sea.

Prime Minister Suga announced that the water stored in the nuclear power plant would be treated and released into the sea within two years from now. Soon after, China and South Korea began blaming Japan for its efforts to pollute the sea, which is considered a common heritage of all mankind. Even Taiwan, considered a close ally of Japan, has now joined the ranks of critics.

Complaints from these countries say that since radioactivity has a long-term detrimental effect on the environment and natural resources, doubts remain about the effectiveness of Japan's refining process. Therefore, the countries have strongly urged Japan to refrain from taking risky measures such as endangering the livelihoods of the people of the coast across a wide area of the Pacific Ocean by polluting the marine resources.

The Japanese government, however, has so far been adamant in its decision, saying that the amount of radioactive titanium in refined water will be much less than the amount of potable water recommended by the World Health Organization. Meanwhile, the South Korean government has instructed the relevant ministries to take the matter to the International Maritime Law Commission's Compromise Court. China, on the other hand, has not announced such a move, but has continued to sharply criticize Japan.

Taro Aso, Japan's Deputy Prime Minister and Finance Minister, told a news conference on April 13 that he had heard that water used for cooling reactors at nuclear power plants had become drinkable and did not harm health.

Chinese Foreign Ministry spokesman Zhao Lijan told a news conference on April 13 that "there is no problem in drinking that water." I will ask him not to talk but to drink water. ‘Zhao also noted that Japan's decision not only exposed the country's ignorance of environmental protection, but also a reckless decision that could not be accepted by anyone.

Meanwhile, locals in Fukushima, especially the Fishermen's Association, have expressed frustration with the government's decision. With Fukushima's agricultural products and fisheries being on the sanctions list of neighboring countries for a long time, and as the door to exports is slowly reopening, they think the government's decision will take that process one step further.

The Japanese government, on the other hand, has received US support for releasing water into the sea. However, the head of the International Atomic Energy Agency (IAEA), Rafael Mariano Grossi, said in an exclusive interview with Japan's Citizen Broadcasting Center (NHK) on Wednesday that he wanted to send a team of experts to Japan quickly to allay neighbors' concerns. He says the concerns of locals in Fukushima, as well as Japan's neighbors such as China and South Korea, about dumping tritium-laden water into the sea should not be ignored.

The Japanese government has long been concerned about the management of water used for reactor cooling, which is accumulating at the collapsed Fukushima nuclear power plant. Soon the capacity to hold water in the center may exceed the maximum limit. The government therefore wants a system to remove the water before it can be fixed. There are, of course, several ways to manage radioactive water.

One way is to evaporate water and release it into the sky. Another option is to store it underground. However, the Japanese government now seeks to move forward with a simpler and less costly approach, as it is not clear how these alternatives will cost the environment in the long run. However, as the government's decision has been criticized at home and abroad, it is not yet clear whether the Japanese government will actually be able to move forward in that direction.

The writer is Diplomatic Editor of Daily Sun