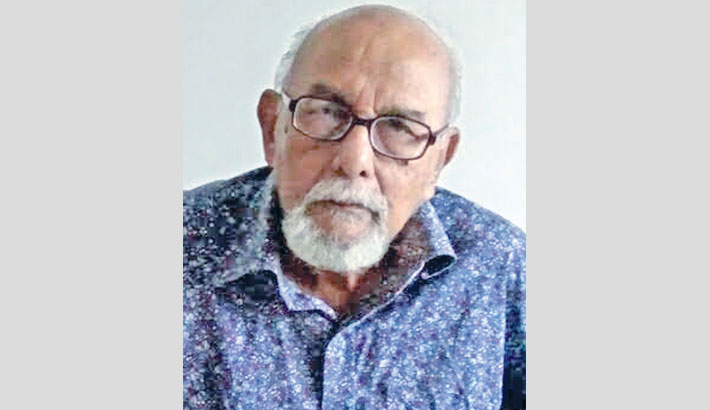 Veteran journalist and valiant freedom fighter Syed Shahjahan passed away in a city hospital on Wednesday. He was 78.

He left behind his wife, a son, a daughter, and a host of relatives and well wishers to mourn his death.

Later he was tested positive for coronavirus and he was admitted to Crescent Hospital on April 23. Later he was shifted to the intensive care unit as his health deteriorated.

He will be laid to eternal rest at his ancestral village home in Jamalpur town today after his namaz-e-janaza.

Syed Shahjahan worked about 45 years for Daily Ittefaq. He was the chief reporter and shift-in-charge of the daily.

He was a press secretary of Bangladesh’s first temporary President Syed Nazrul Islam.

This member of Dhaka Union of Journalist was one of the founders of Kochi Kachar Asar.

He had a close relationship with Father of the Nation Bangabandhu Sheikh Mujibur Rahman.

Syed Shahjahan was a permanent member of National Press Club.