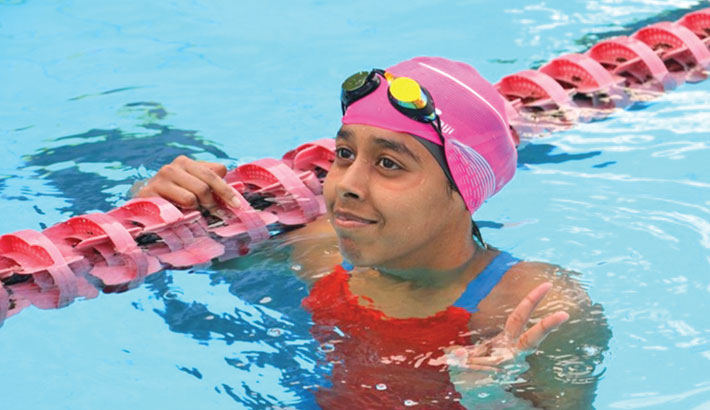 National swimmer Junaina Ahmed will represent Bangladesh in the upcoming Tokyo Olympics after Bangladesh Swimming Federation approves her participation in the meet.

Bangladesh Olympic Association recently sent a list of three swimmers to BSF -- Junaina, Ariful Islam and Jewel Ahmed -- to finalize two names for the Olympics after the swimmers received a green signal from International Olympic Committee for wild card entry.

“Our lone female swimmer of the list Junaina was shortlisted due to her performance in the 18th FINA World Championship held in South Korea in 2019 and we finalised her on basis of her age and performances in different national and international events,” BSF General Secretary M B Saif told The Daily Sun on Wednesday.

The Tokyo Olympics is scheduled to be held from July 23 to August 8.

Saif said they will now decide whether Ariful or Jewel fill the other shoe for them in the meet with Ariful’s chances are very high.

“Among other two, Ariful will get the priority due to his events. We will participate in 50m freestyle in the Olympics. Junaina and Ariful both compete here while Jewel competes in 50m backstroke. He never competes in 50m freestyle. Also, Ariful has been awarded a three-year scholarship in France under the Olympic solidarity program. We also have to consider this,” he added.