Grabbed lands to be recovered: Tazul 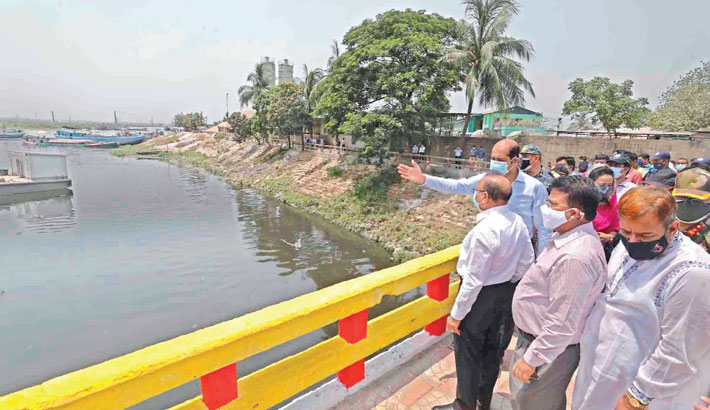 Local Government, Rural Development and Cooperatives (LGRD) Minister Tazul Islam on Tuesday said the government will recover 169 acres of land, which was acquired to dig a retention pond, from illegal grabbers at Kalyanpur in the capital.

“The government acquired 171 acres of land to dig the retention pond to solve the water-logging problems in Kalyanpur area. But illegal establishments have been set up on 169 acres of the land. We will recover the land,” he said.

He made the remarks while talking to reporters during a visit to the Kalyanpur storm water pumping station area along with Dhaka North City Corporation (DNCC) Mayor Atiqul Islam.

He said that the canals under Dhaka South and North City Corporations have narrowed due to the encroachment and building establishment by illegal grabbers.

He urged the two mayors of Dhaka to demarcate the canals in order to check illegal encroachment.

Speaking on the occasion, DNCC Mayor Atiqul Islam said that they would drive away the illegal grabbers without any notice of eviction.

“DNCC has already started eviction, recovery and cleanliness activities in different canals under the corporation. We will demarcate the canals and take necessary measures to protect these from grabbers,” Atiqul said.