Nature ‘more important than ever during lockdown’ 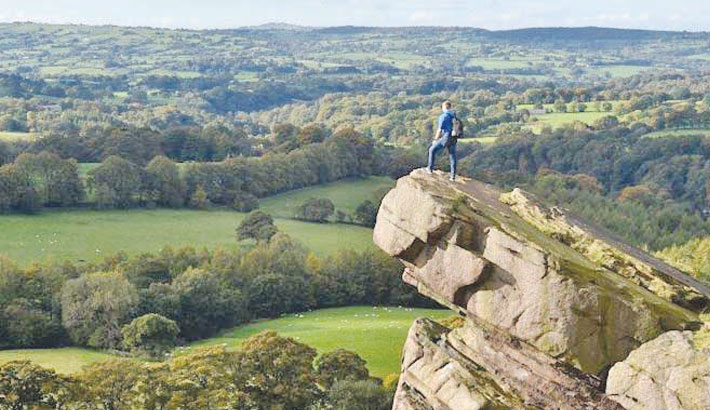 Data has confirmed what many suspected: nature and green spaces have been a big comfort during lockdown, reports BBC.

More than 40 percent of people say nature, wildlife and visiting local green spaces have been even more important to their wellbeing since the coronavirus restrictions began.

The percentages have remained stable throughout the pandemic, according to the government’s advisor for the natural environment, Natural England.

And the trend could persist.

Numerous surveys from bodies such as Natural England have shown that people felt time in nature supported their mental and physical well-being during lockdowns.

In a review of surveys and data on the role of nature and green spaces in the past year, the Office for National Statistics (ONS) said shifts in personal behaviour and corporate attitudes could mean that the UK, post-lockdown, will value and interact with nature on a much greater scale than before the pandemic.

“What we do not know yet is whether the changes brought on by lockdown will be a temporary trend, or a new way of life,” it said.

Green spaces helped to bring people together at various times during the pandemic, studies showed, playing an important role in allowing people to meet family and friends.

The percentage of people increasing their time spent connecting with loved ones outdoors grew over lockdown, from 11 percent in May to 22 percent in July, said the ONS. This increase during the summer months persisted until January when it dropped to 19 percent.

Lockdown has also highlighted societal inequalities that exist in access to private green spaces, such as gardens.

About one in 10 households across Great Britain has no access to a private or shared garden. This rises to one in five households in London.

People with green space on their doorstep or access to a private garden reported better health and well-being during and after the first lockdown in the UK, according to a study by Cardiff University and Cardiff Metropolitan University.

Researchers have shown that people with a garden and a park nearby were more likely to say they were feeling calm, peaceful and had a lot of energy compared to those with no access to a garden or living further away from a green space

Meanwhile, a study published in the journal Cities has found a link between daily gardening and wellbeing.

A survey of more than 6,000 people found that people who garden every day have higher wellbeing scores (6.6 percent higher) and lower stress levels (4.2 percent lower) than people who don’t garden at all.

Study researcher and wellbeing fellow at the RHS, Dr Lauriane Chalmin-Pui, said: “When gardening, our brains are pleasantly distracted by nature around us. This shifts our focus away from ourselves and our stresses, thereby restoring our minds and reducing negative feelings.”