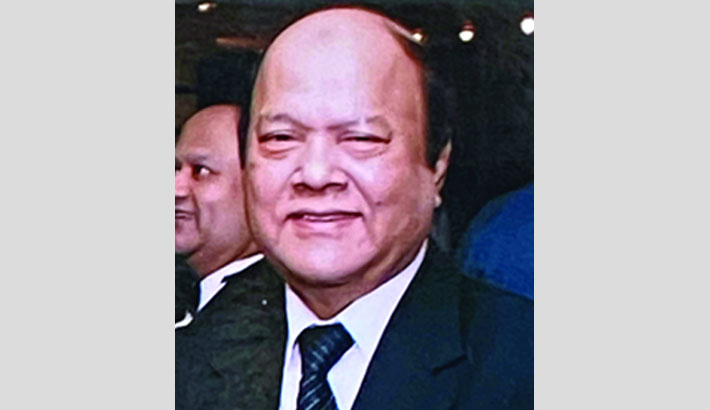 Noted industrialist, Chairman of Phoenix Group and founder of City Bank Deen Mohammad passed away at a hospital in the capital early Tuesday. He was 83.

The prominent businessman, who had been suffering from different aging-related complications, breathed his last at Anwer Khan Modern Medical College Hospital around 1:00am.

Deen Mohammad left behind wife, a son, two daughters and a host of relatives and well-wishers to mourn his death.

He was buried at Lalbagh Shahi Mosque Graveyard following his namaz-e-janaza at the Old Town Mosque after Zohr prayers.

Born on August 3, 1938, Deen Mohammad began his career as a hardware and trading businessman in Old Town in 1960 borrowing Tk 20,000 from his father Haji Nur Mohammad.

From an early age, he wanted to develop big industry in the country. In the consequent years, steel industry in Bangladesh was flourished through his hands.

Besides, he spread his business in textiles, leather and other sectors as well.

Besides, a Madrid-based business organisation bestowed Business Initiative Directions (BID) upon him.

His organisation Phoenix Finance and Investments Ltd has been recognised with International Star Award for Quality (ISAQ).

Meanwhile, President of the Federation of Bangladesh Chambers of Commerce and Industry (FBCCI) Sheikh Fazle Fahim expressed deep shock at the death of Deen Mohammad.

In a condolence message, he prayed for salvation of the departed soul and conveyed deep sympathy to the bereaved family members.