No change in Bangladesh squad for series-deciding Test 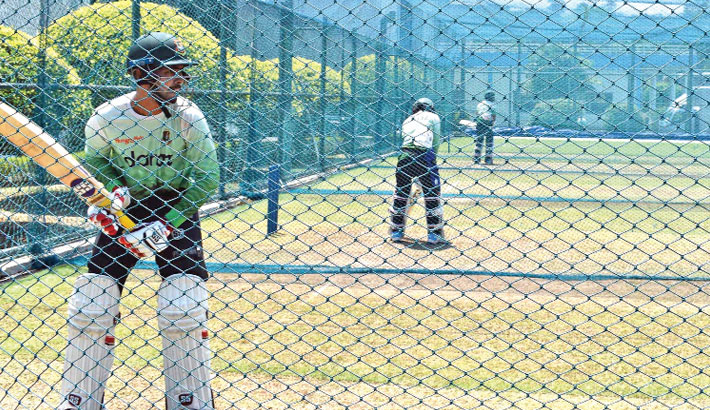 Bangladesh decided to keep an unchanged 15-member squad for the second Test against Sri Lanka, scheduled to start on Thursday in Kandy, said an official on Tuesday.

The Tigers had the option to change their squad considering they have extra six cricketers in Sri Lanka after they left for the island nation with a 21-member preliminary squad.

However, the team management decided to go against any such idea as they preferred to keep their faith in the members they picked for the opening Test.

“The squad for the second Test will be unchanged,” chief selector Minhajul Abedin told The Daily Sun.

“In fact, we have shortened the squad to 13 but the playing XI will be decided after seeing the wicket tomorrow (today),” he added.

The wicket at Pallekele International Cricket Stadium turned out to be the major topic of discussion following the opening Test as it ended in a high scoring draw that saw 1289 runs scored despite the final session of the play getting washed off due to rain.

The green top wicket neither offered the promised assistance to the pacers nor there was any help for the spinners.

The pitch provided no seam movement to the fast bowlers with the new ball and also lacked carry and bounce throughout the match.

“The pitch did offer occasional slow turn for the spinners early on but it didn’t deteriorate as much as we would have expected as the match progressed, resulting in the pitch too heavily favoured the batsmen across the five days,” said Minhajul.

Minhajul added that though there is grass in the wicket (for the second Test), they are expecting it to be cut down before the start of the play.

“I don’t think the wicket will behave too differently from the opening Test though there is grass in the wicket now it will be trimmed before the start of the second Test,” he said.

Bangladesh team also took part in a training session on the same day after one day of rest.

Uncapped Shoriful Islam, who can make a cut in the second Test at the expense of Abu Jayed as team management feels the left-arm pacer can add variations, is elated to be part of the Test squad.

“From the beginning of my career, I had always wanted to represent my country in all three formats, as my coach, from whom I had learned the most of bowling, was a Test cricketer himself. He had told me that Test cricket is the highest level of cricket and it would help me a lot as a bowler. If I play Tests, I’d give my best if I ever play Test cricket,” said Shoriful.

“It was very exciting for me to watch Test cricket from this close and I’ve realized that Test cricket is a very interesting game as it changes in every session. The players regularly are informed of different messages in each session so I never felt that I was outside the playing XI. Even I was also part of the process to convey messages here and there,” he added.