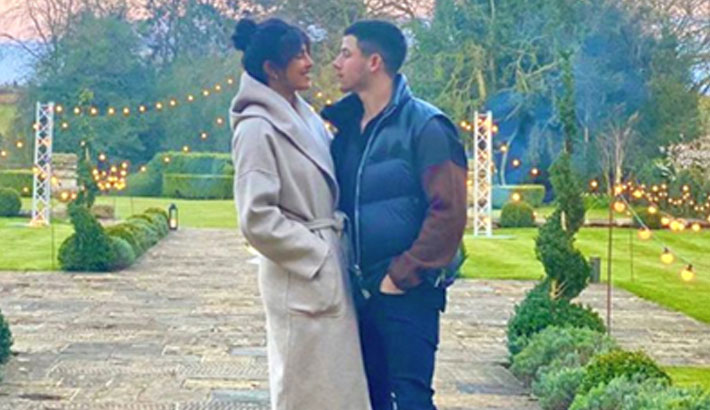 American singer Nick Jonas has revealed that he has inculcated a few important life lessons from Priyanka Chopra. The singer, who married the actor in December 2018, recently opened up about his life with Priyanka and said that she has taught him to about taking things easy, reports Hindustan Times.

The Jonas Brothers member made the confession during his podcast called "Time to Walk" on Apple's Fitness + platform.

Nick said, “Sometimes you have to slow down to kick it into high gear again. And, you know, she's taught me a lot about going with the flow and taking it easy, something I'm still wrestling with every day. But it's definitely a better way to live life. Of all the lessons I've learned so far, I think that's the most important, is just to take some time out whether it's a walk or a movie, whatever it is for you. Just take a step back for a minute.”

In the podcast, Nick also revisited the time he and Priyanka were still getting to know each other. The singer remembered his brother, singer Kevin Jonas talking to him about Quantico and praising Priyanka.

Priyanka and Nick connected via Twitter before they began texting each other. After having met in New York City, the two reunited in Los Angeles, where they watched Beauty and the Beast at the Hollywood Bowl. In the podcast, he revealed that on that day he knew she was the one.

"It was so nice when we settled into just life. And life is the simple things. You know, it's watching a movie at the end of the day, ordering takeout. It's walking the dogs. We have three now. It's getting to know each other each day and learning something new. And there's a simplicity about that that I think is so reassuring and comforting," he said.