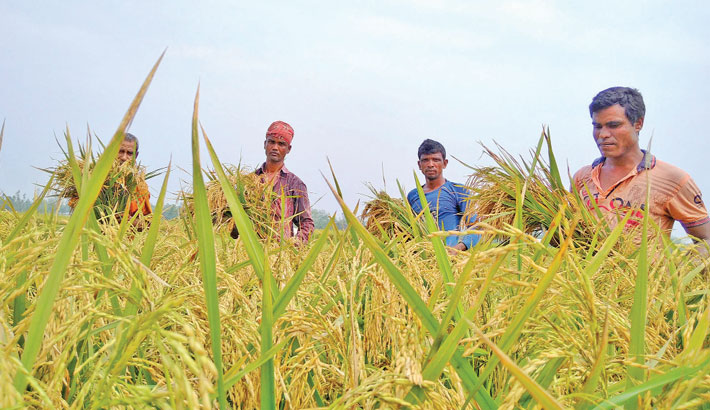 The government has taken an initiative to increase small investments to keep the rural economy running during lockdowns to fend off the impact of the pandemic on rural economy, official sources said.

For this, credit flow to small and cottage industries and monitoring have been stepped up for quick investment of unused money of the stimulus packages for providing working capital to rural entrepreneurs.

At the same time, process is underway to announce a fresh stimulus package, sources added.

The move came as rural micro, cottage and small industries got severely damaged by last year’s countrywide shutdown for more than two months.

At one hand they suffered for production disruption and their flow of money depleted as the finished goods could not be sold on the other hand.

Some private surveys suggest that rural informal cottage and informal industries did not get working capital support from the government’s stimulus packages. Although some got support but the amount was not sufficient at all.

Business units at rural haats and bazaars did not get loan support although they got affected very seriously.

In view of this, the central bank has decided to increase loan flow to rural areas to increase small investment to support the rural economy.

The government and the central bank have formed funds totaling Tk 540 billion to invest in rura area in the current fiscal year, including Tk 241.24 agriculture and rural loan scheme to be invested by commercial banks’ own funds.

But loan flow to the rural informal sector decreased by 2.16 percent this year so far against 8.10 percent in the period last year as the affected entrepreneurs are not able to take loans.

Total loan disbursement for CMSME stood at Tk 392.64 billion during July-September period, which was much lower at Tk 284.28 in the period this fiscal year.

The central bank has been

instructed to increase loan for them as loan repayment has improved a lot in the segment in the said period this fiscal whereas there was no repayment in the period last fiscal year. A Tk 200 billion fund has been created to supply working capital for the CMSMEs, of which nearly Tk 145 billion has been distributed and Tk 55 billion remained unutilized.

The central bank has created a Tk 50 billion fund for providing working capital to agro-based industries. Of the money, Tk 40 billion has been disbursed and Tk 10 billion remained undisbursed. Interest rate for the loans is 9 percent, but borrowers have to pay 4 percent while 5 percent will be borne by the government as subsidy.

A Tk 30 billion fund has been created to give loans to low-income people through micro financial institutions. Of the money, nearly Tk 25 billion has been disbursed and Tk 5 billion still has remained undisbursed.

Simultaneously, initiatives have been taken to ease marketing for rurally produced products.