A Welcome Move to Elevate the Status of Teachers 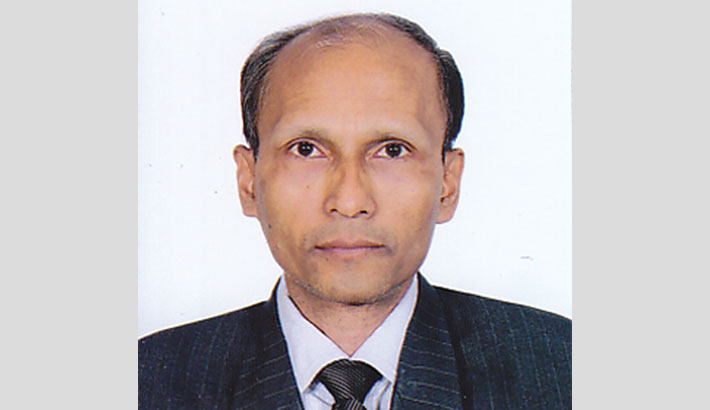 The government secondary schools are going to have ‘senior teacher’ positions with the status of first class gazetted officer. That is a most welcome move. The number of government secondary schools had been only 317 for many years in a country of sixteen crore people that expresses importance towards this tier of education. However, the non-government teacher associations have been struggling to nationalise secondary education.

Half of the currently working assistant teachers will be promoted to the position of ‘senior teacher’ and their salary scale will be of ninth grade. Five thousand 406 teachers are going to embrace this promotion. The prevailing practice shows that the teachers enter the service in the national salary scale of tenth grade. Their promotion is so slow that only 4-5 per cent teachers get promotion and the rest 95-96 per cent teachers go on retirement without having any promotion in their 30-35 years of service. That definitely shows a discouraging picture in the field of education.

It is no way a reasonable step. The teachers wanted this position as first class officer status for long. There are ten thousand 812 positions for the assistant teachers in 683 government secondary schools. Beyond this, 683 head teachers and the same number of assistant head teacher positions lie in these schools. However, many of these positions lie vacant now. Teacher recruitment had been put off from 2012 to 2019 that created a big vacuum. Due to changed syllabus and curriculum since 2012, four new subjects have been introduced in the secondary level. These new subjects are ICT, Physical Education, Life Skills Education, Arts and Crafts. No subject teachers are there to teach these subjects in the secondary schools. The teachers of other subjects conduct classes of these subjects.

There is no position between assistant teacher and assistant head teacher in the secondary level. So, creating a new position titled ‘senior teacher’ between these two positions deserves appreciation. This position will be fulfilled through promotion, not by entry level teachers that gives another encouraging news to the working teachers. The assistant teachers who served for eight years and have fulfilled three conditions such as eight years satisfactory service, having  B.Ed. degree within five years of joining and having not more than one third class in their academic life. The assistant teachers received the honour of second class gazetted officer in 2012 which had been long overdue. Now, another good news has been added to their career. I think this position should literally be made ‘cadre service’ to bring novelty in the service and to make it more attractive for the meritorious candidates.

The gradation list-1 for prospective senior teachers was uploaded on the DSHE website in December 2020, inviting opinions from the teachers for rectification in case of it having any wrong information. Huge number of teachers detected many irregularities and problems on the website and made complaints with DG-DSHE. Many teachers raised the issue that they could not complete B.Ed. even though they applied to the respective head teachers in 2012 and to the DG in 2015 and some to the National University. But the respective head teachers did not allow them to go for B.Ed. training as the class activities would be hampered. To be truthful, the head teachers cannot be blamed as ten to fifteen teachers join at a time in a school and even if some of them go to receive B.Ed. training, it would really become difficult to continue classes as usual. So, I advocate in favour of introducing ‘visiting teachers’ who will conduct classes of the teachers receiving B.Ed. training. These visiting teachers may work directly under the district education officer who will deploy them as per the demand of schools that need them.

Teachers who were recruited in 1991, were afterwards dropped out of the list prepared by DSHE as their recruitment conflicts with the 2018 recruitment principles. The case regarding B.Ed. has been applied for all instead of nine petitioners who submitted petitions to the court which is likely to create irregularities or indiscipline among the teachers. Recruitment rules 2011 have not been applied to the wards of freedom fighters. Finally, without considering the publication of result time of B.Ed. those who just enrolled for B.Ed. have been placed in the gradation list. Even many teachers who did not have B.Ed. were on the list. These are the complaints the teachers had against the list prepared by DSHE.

Though the post of assistant teachers was made second class gazetted in 2012, they are still in the tenth grade. However, the Upazila education officer, assistant instructor, Upazila women affairs officer and other officers of Upazila level have been under the consideration of upgrading their position to the ninth grade. On the other hand the post of nurse, family planning inspector and food inspector has already been made second class from their position of 13, 12 and 11th grade respectively. But, teachers' upgradation is taking place slowly. A group of young teachers have joined the government secondary schools as non-cadre BCS officers through the 34th, 35th BCS examination. These meritorious young people will definitely enrich the secondary level education. Usually the promotion in the secondary level teaching is very slow and because of it not being the first class job many young and meritorious candidates show reluctance to embrace it and even those who join it leave.

The current initiative to change the grade of teachers will give them honour but financially they will not be benefitted as many teachers already enjoy the salary of 9th grade and even some in the seventh grade by time scale. Because of this grade change, they can be transferred to other education administrative positions such as Upazila education officer and other positions in the DSHE. Government will not have to spend any extra money for upgrading their status. However, teachers will gain some honour that is their due. To bring novelty in the service, teachers should have such kind of opportunity to travel to different academic and administration positions. We know one head teacher of Sylhet government school who used to work as district education officer in five districts. The teachers of that institution comment that ‘he was the best head teacher we have even seen’. Definitely it should be, as he got the opportunity to gather huge experience both in the academic aspect and in the education administration. Teachers’ movements should be of the type that will make them much more motivated. The position of head teachers of government secondary schools is 6th grade but many head teachers enjoy 4th grade by getting a selection grade salary. This is good.