Reflections from the West 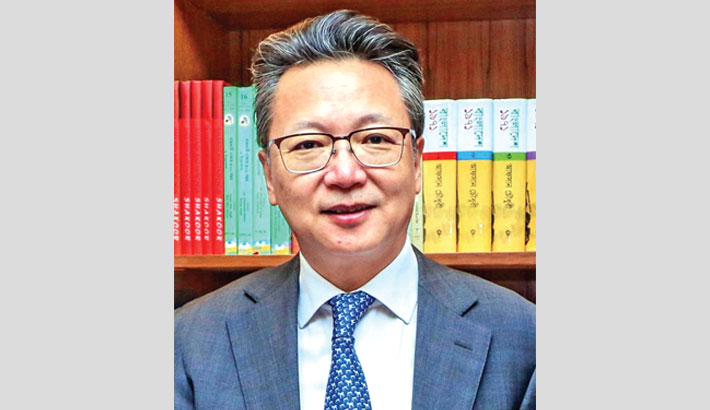 On 20 April 2021, when virtually addressing the opening plenary of Boao Forum for Asia, President Xi Jinping of China stressed, “the combined forces of changes and a pandemic both unseen in a century have brought the world into a phase of fluidity and transformation”. Prime Minister Sheikh Hasina of Bangladesh also pointed out on the same occasion that “the Covid-19 pandemic has brought us at a crossroad of human history confronting possibly the gravest global challenge of our times”.

Indeed, the pandemic keeps ravaging the world. Unfortunately, major developed economies such as the US and the UK did not pass with flying colours. Reflections are being made by thinkers both in the East and the West on the reasons behind, ranging from the incapacity of those in power to the Waterloo of Neo-liberalism and even to the systematic defects of the governance systems of the whole Western world. Undoubtedly, these reflections will help people get a deeper understanding of the predicament we are in, and learn to cope with the pandemic more smartly.

In fact, such deliberations abound within the Chinese intelligentsia, but lest being mistaken for political propaganda, here I will only go through some of the ideas of Western scholars. On the one hand, I am happy to see that quite a number of visionaries in the West have remained a critical eye, and are dissecting the Western governance system over its emerging malfunctions both before and during the pandemic. But on the other hand, their voices have not reverberated much in Western media. What’s more, Western thinkers are yet to free themselves from the “Democracy versus Authoritarianism” narrative to truly ponder upon the deeper logic of why China managed to pioneer the decisive victory of curbing Covid-19. Still, I believe that, after some twists and turns, the West will finally return to reason and find the way out from the current troubles, just like they did many times in history.

Some blame leaders like Trump for the collective failure

Francis Fukuyama, renowned US scholar and author of ‘The End of History and the Last Man’, attributed the fiasco of the US in the pandemic to President Trump during his interview with ‘Le Point’. He believes that there is no way for people to trust a President like Trump who, in the middle of the crisis, did very little to build unity and collective confidence among its people. In his article, The Death of American Competence, published in the April 2020 issue of Foreign Policy, Stephen Martin Walt, Professor of international affairs at Harvard University's John F. Kennedy School of Government, said that the reputation of the US expertise has always been one of its largest sources of strength, but the coronavirus is enough to end it; former U.S. President Donald Trump’s administration’s belated, self-centred, haphazard, and the tone-deaf response would end up costing Americans big way, and Trump’s entire approach to governing and the administration’s erratic response have squandered public confidence and made a more measured reaction untenable.

In the June 2020 issue of TheAtlantic, staff writer George Packer wrote in his article We Are Living in a Failed State that Americans woke up to find themselves citizens of a failed state; with no national plan—no coherent instructions at all—families, schools and offices were left to decide on their own whether to shut down and take shelter. “America in 2020 has stunned itself with a collapse that’s larger and deeper than one miserable leader.” “In Washington, an empty government led by a con man and his intellectually bankrupt party; around the country, a mood of cynical exhaustion, with no vision of a shared identity or future.”

Some scholars hold that Neo-liberalism promoted by Ronald Reagan in the 1980s is to blame. Professor Walt from Harvard University pointed out that after Ronald Reagan was elected President, Americans were told that the government was the enemy. In the Neoliberal stages of the US, the UK, some other Western countries and individuals were far above the state which was considered as the source of incapacity, low efficiency and autocracy.

In the last 4 decades, the prevailing worship of Neo-liberalism has largely undermined public institutions in the US. An over-reliance on market forces has led to weakened public sectors. Now suddenly, the country found itself so unprepared when real "public emergencies" broke out. The Trump administration's decision to cut the budget of CDC by 40% is just one such example. Some other public institutions are downright removed. And the result? No effective response from the state when crises are at the doorstep.

Renowned US economist, Joseph Eugene Stiglitz, also Nobel laureate and author of ‘People, Power and Profits: Progressive Capitalism for an Age of Discontent’, holds the view that in the past 40 years, the Neoliberal economic structure in the US has largely toppled the balance between market, the state and civil society, resulting in tepid growth and rising inequality. The financial crisis induced by Neo-liberalism in 2008 caused huge damages to the assets of ordinary US people, but Congress passed relief acts to save Wallstreet, the main culprit behind the crisis. From 2009 to 2012, 90% of newly-created wealth went to the top 1% on the income scale, who actually made the rules. Therefore, Stiglitz revealed the fact that the financial tsunami has made more extreme the problem “of the one per cent, by the one per cent, for the one per cent”, which then gave rise to right-wing forces, further divided the society, and made the US vulnerable when facing the pandemic.

The same applies to the UK. The National Health Services (NHS) in which all the British people take pride, didn't ace the test either. The reason is the same. Budget cuts begot a shortage of doctors and nurses. Under Neo-liberalism, the market has gone too far.

Some even point to the dysfunction of Western democracy

Witnessing the failed Covid-19 response of the West, John Micklethwait and Adrian Wooldridge, two seasoned journalists, said in their book ‘The Wake-Up Call: Why the Pandemic Has Exposed the Weakness of the West, and How to Fix it’ that the West should wake up to repair their governance system which is out of order, and embark upon a revolution of capacity-building of the government. The book points out that the complicated state apparatus of the US, built upon the “separation of the three powers”, has nearly been paralysed under the hostage of partisan politics. At the same time, vested groups have stretched their hands to every piece of cake within their reach. All these have led to a total collapse of governance in the US. The book warns that the West is facing the most severe crisis after WWII and that the Covid-19 pandemic will be the “Suez Moment” if the US continues down the current path. Not coincidentally, as early as March 2014 which is long before the pandemic, The Economist put forth the question of “Democracy was the most successful political idea of the 20th century. Why has it run into trouble, and what can be done to revive it?” through its cover story What’s Gone Wrong with Democracy.

On March 17th, 2020, Nathan Gardels, Editor-in-Chief of The WorldPost, said in his article Covid-19 Pandemic Exposes the Strengths and Weaknesses of Governing Systems that what we are seeing more or less confirms the conclusions of the Berggruen Institute Governance Index: In terms of competence and performance legitimacy, there is no necessary correlation with democracy, and many “non-democratic” systems often serve their publics better. This is the kind of reflection that strikes home. It shows that finally, some people in the West begin to jump out of the “Democracy versus Autocracy” narrative which mainstream Western societies have clung to for so long, and look at the real stuff: the governance capacity and responsiveness. However, since the theoretical explanations of democracy itself are highly divergent, the duality of democracy and autocracy is oversimplified and even superficial, which is not helpful for grasping the complexity of political institutions and social management.

China has been learning from the West in the whole path of seeking its national renewal. The Chinese people have been drawing from Western experience including Scientific Socialism and the very idea of democracy, not by mere copying though. It is regrettable to see that Western elites still fail to develop an unbiased understanding of China due to some ideological obsessions. Some seem to feel more comfortable insisting on China as an “authoritarian” nation, or worse an “autocracy” regime, even though it may be more effective sometimes. In fact, the main divide in the future may well not be over democracy and autocracy, but between good governance and bad governance.

While we live in an age rife with challenges, it is also an age full of hope. Benjamin Franklin, one of the founding fathers of the US, had delved into Confucian classics and held the belief that humanity should “approach toward the perfection of wisdom through Confucius moral philosophy”. Clear-eyed people in the West will soon realise that what has been going on on the land of China, under the leadership of the Communist Party of China (CPC), is probably the largest, deepest and greatest transformation and exploration of our times. Many successful experiences gained in the process, including those for fighting the pandemic, eliminating poverty and building a people-centred democracy, will prove crucial to the world, especially to the West to get out of the trouble they are facing now.

The writer is Chinese ambassador to Bangladesh