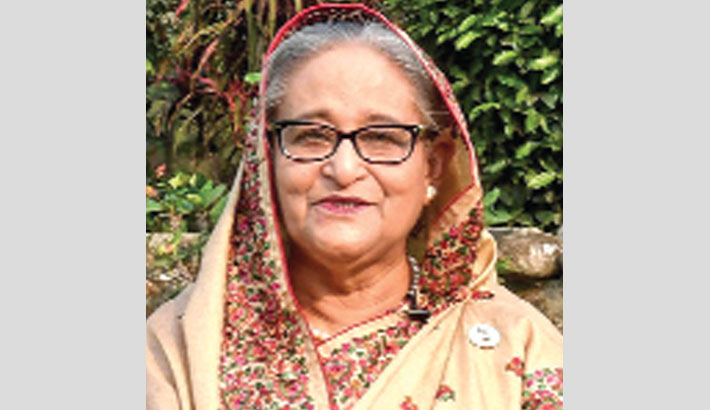 Prime Minister Sheikh Hasina on Monday sought the developed world and the development partners’ enhanced role in attaining quick recovery from the Covid-19 pandemic as she placed a four-point proposal at the 77th Session of the UN-ESCAP.

In her statement, Sheikh Hasina also urged the international community to remain focus on sustainable repatriation of the 1.1 million forcibly displaced Rohingyas and advocated for regional cooperation for shared prosperity.

“The developed world, development partners and international financial institutions (IFIs) should come forward in attaining quick recovery from the Covid pandemic, ” she said in her first proposal.

The premier, secondly, said the development approach should be more inclusive, resilient and environment friendly to build back better from any crisis.

In her third proposal, Sheikh Hasina said the Asia-Pacific region should take efficient policies and strategies for a strengthened and universal public health system.

“We need to establish seamless connectivity in the areas of trade, transport, energy and ICT, science and technology,” she said in the fourth and final proposal.

While talking about the Rohingya issue, the premier mentioned that Bangladesh is hosting over 1.1 million forcefully-displaced Rohingyas from Myanmar.

“We urge the international community to remain focused on this issue for a viable solution through sustainable repatriation, ” she said.

Sheikh Hasina said that the Covid-19 pandemic has devastated the health systems and economies across the globe.

Noting that nearly 2.95 million people have died and hundreds more are dying every day of the deadly disease, she said that the pandemic has made many people poorer while many others are sliding back to poverty.

Highlighting her government’s measures to offset the onslaught of the Covid-19, the premier said: “We’ve announced stimulus packages worth about US$ 14.6 billion, around 4.44% of our GDP, for widening social protection, retaining jobs and bolstering the economy.”

She added: “Our latest Five Year Plan included strategies for recovery from Covid-19 and preparing Bangladesh for smooth and sustainable LDC graduation, achieving sustainable development goals (SDGs), and setting a trajectory towards a prosperous country by 2041.”

Sheikh Hasina said that the government has continued to move forward with environmental management.

“Adaptation efforts to climate change have been supported by programmes funded through the Bangladesh Climate Change Trust Fund,” she continued.

The prime minister said that Bangladesh sees regional cooperation as the most viable option for shared prosperity, saying,

“We’re an ardent supporter of increased connectivity and ESCAP’s initiative of the Asian Highway and Trans-Asian Railway,” she said.

The premier pointed out that Bangladesh is also actively engaging with the Cross-border paperless Trade, Asia-Pacific Trade Agreement, PPP networking, renewable energy and other initiatives of UN-ESCAP.

The ESCAP is one of the five regional commissions under the jurisdiction of the United Nations Economic and Social Council. It was established in order to increase economic activity in Asia and the Far East, as well as to foster economic relations between the region and other areas of the world. The commission is composed of 53 member states and nine associate members, mostly from the Asia and Pacific regions.In addition to countries in Asia and the Pacific, the commission’s members includes France, the Netherlands, the United Kingdom and the United States.