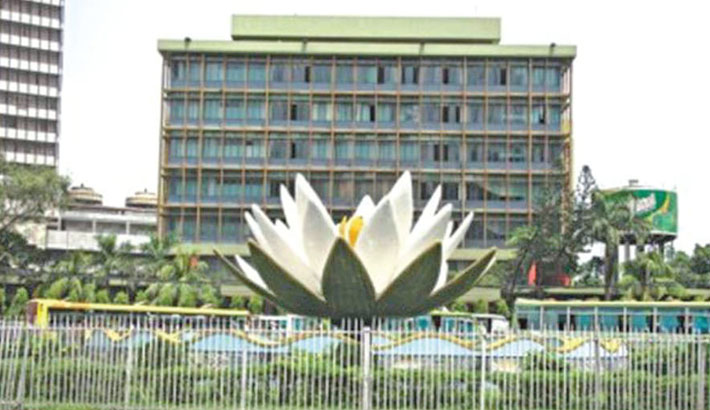 The refinance scheme was launched in April 13, 2021, and then interest rate under the scheme was fixed at 6 percent for borrowers, while banks would get the fund from the BB at the rate of 3 percent.

The central bank now re-fixed the interest rate at 5 percent for the borrowers’ level while banks would get the fund at a rate of 2 percent.

Banging Regulation and Policy Department (BRPD) on Monday issued a circular in this regard with immediate effect and sent it to managing directors and chief executive officers of all banks.

It said the interest rate has been reduced at the refinance scheme for pre-shipment credit to mitigate the crisis due to the second wave of coronavirus pandemic.

The BB circular said the global economy had been observing unprecedented stagnancy due to the coronavirus pandemic.

“As like other countries, Bangladesh’s exporters were also facing production fall and cancellation of export orders, hampering the export earnings,” it added.

Prompted by the situation in 2020, the central bank formed the Tk 50 billion refinance fund to support the export oriented industries by the way of pre-shipment financing to boost the exports.

BB is financing this scheme from its own fund and the industries will get credit from the fund for bearing the pre-shipment costs only.

Any export-oriented sector would be considered as eligible for the fund but, the sanctioning loans would depend completely on the jurisdiction of the bank based on bank-customer relationship.

The tenure of the fund would be three-years and should be revolved during the period while the locally produced export-oriented industries would get fund for more than once for maximum 1-year period.

However, the loan defaulters and entities having overdue export proceeds repatriation would not be considered eligible to get the fund.

The banks would be allowed to apply for fund from the scheme against each confirmed export order or export letter of credit and the issuable credit would be determined after the exclusion of back-to-back LC value, financing for accessories and other relevant costs.

While issuing credit for pre-shipment, the banks will have to follow the single borrower exposure limit, said BB, adding that the bank would be fully liable for the repayment.