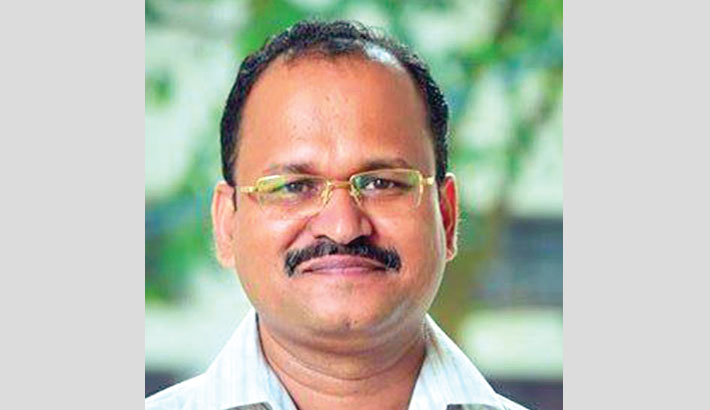 ‘Civility costs nothing, but buys everything' -even this simple yet time-honoured saying seems to have been forgotten by many in our ambience. Unfortunately, the urge for false face-saving seems to have turned a number of people into literal zombies. As a result, they are being subject-matters of public annoyance and agony. For them, public reaction may be of little importance. However, the end result might not be wholesome. At the end of the day, how you exhibit yourself is less important than how you are viewed. Unfortunately, this very reality is not being felt by them because of innermost bankruptcy.

People of the land and region were under British rule for around 200 years, then were under Pakistani rule for about 24 years, and then, after independence, under native rulers for around 50 years till now. Mahatma Gandhi, Deshbondhu Cittaranjan Das and Bangabandhu Sheikh Mujibur Rahman dreamt of an officialdom which would be pro-people and humble to general people. Though some changes have taken place in a sporadic manner, the orientation that had been cultivated by the British still dominates our services to all intents and purposes.

People in the country belonging to general and less powerful category are still subjected to harassment and humiliation. Humility is still largely reserved for the ones who have positions and powers. The people who were once pretty naive and considerate become quite aggressive and boastful once they enter into the domain of various public offices. Public offices and powers go to their heads so much so that some of them start to reckon themselves to have descended from a different planet, allegorically speaking, and treat general people as their tenants, rather than citizens.

Education cannot not polish them off much as they are simply educated, not enlightened. Some of them preach humility in their public deliberations as ploys to play to the gallery. Deep in their hearts, however, they cherish sheer indignation for the populace. They do not or cannot even talk to the general people spontaneously or wholeheartedly lest their status gets tainted. What a reckoning! After fifty years of independence, thus, harassment and humiliation of many in the hands of such official incumbents are routine affairs in our vicinity. Seemingly, at times, jobs in public bodies become weapons for them to tyrannise over the weak.

There are exceptions. Not all incumbents are tarred with the same brush. However, high handedness and haughtiness of some are so visible and indomitable that the presence of good ones becomes microscopic in the final analysis. These incumbents remain so preoccupied with their ego that some of them are always on the prowl for looking down upon others. They like to be haughty but enjoy and exploit others' modesty. It, however, baffles one’s thinking what kicks they find in seeing others subjugated or humiliated. Consequently, this sort of sadistic pleasure brings out the very bad in some of the incumbents and public sufferings multiply consequently.

In fact, such a mindset eats into morals of some such incumbents and turns them into snobs rather than celebrities. They are expected to be role models of civility and humility for the society. They are supposed to be embodiments of sophistication. Far from boasting the above mentioned qualities, however, they are better off assuming the roles of masters. The condemned master-like attitude still guides them. It is very usual for anybody to do something wrong. And, there is no harm in seeking an apology.

However, for a number of incumbents at various bodies, uttering just a ‘sorry’ is an uphill task. Does uttering ‘sorry’ lowers the status of the one who offers it? No, not at all. It rather glorifies his position and enhances his image before the counterpart. However, no education, training or grooming or orientation seems to infuse such embellishments in such incumbents. In fact, of late, the situation reached such a pass that even the bodies representing the incumbents, instead of downplaying the tension, got embroiled in altercations officially and publicly. Such developments clearly demonstrate something bordering on immaturity.

In Bangladesh, there are many institutions which are engaged in providing training to the incumbents of various public bodies. Lectures and summons are provided there on professionalism, ethics and so on. Interestingly and appreciably, even empathy training is provided with a view to making the incumbents more humane towards the service users. However, the real life experiences in many instances make us disappointed and raise questions whether these novel and noble initiatives are meant to be so or mere window dressing.

To view professionalism just as being well-dressed is prevarication of this essential prerequisite of any incumbent or organisation. In addition to good manners, competence and confidence, professionalism also incorporates responsibility as well as flexibility. Modern-day administrative theories stress upon flexibility rather than rigidity. Laws are for humans, humans are not for laws. Restrictions are for the protection and betterment of the society. If, however, restrictions give rise to tyrannical high handedness and undermine mutual respect and, that too, at the collective level, then such restrictions are simply cursed.

Reportedly, in Bangladesh, 2 crores and 45 lacs new poor have come out of the corona pandemic. All the powerful bodies and incumbents are expected to figure out as to how so many needy people can be provided with some solace. Moreover, there are immediate challenges in getting required vaccines against the deadly virus playing with human civilisation. However, some of the incumbents seem to be more interested in gratification of their inflated ego. In fact, they have been infected with this malady for long. It is, however, for sure that if this self-defeating tendency is not done away with and mistreatments of the weak continue, the future of this society is bound to be very bleak.

The writer is a Professor, Department of Public Administration and Chancellor’s Nominee Syndicate Member, University of Chittagong. Email: