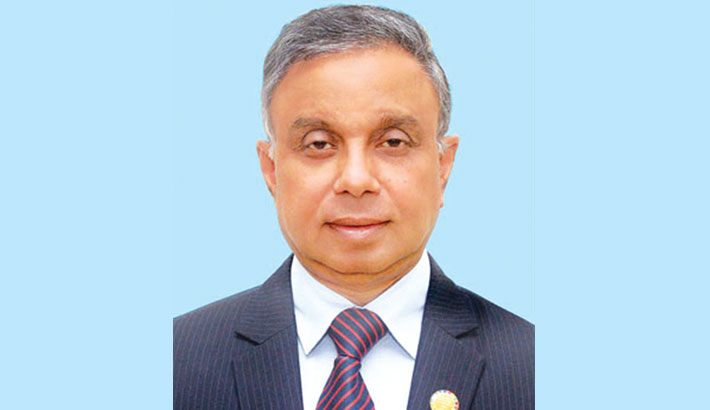 Bangladesh is the single country in the globe that has, for more than 27 years in the last 50 years, a female person as its Head of the Government while 81 countries of the world never had female leader as head of the government. Sheikh Hasina having the position of Prime Minister for three consecutive times, in her fourth tenure and now total tenure more than 17 years and this gave Bangladesh seventh ranking in women leadership by the Global Gender Gap report of 2021 published by World Economic Forum (WEF) and placed Bangladesh as single country from South Asia within top 100. Considering women leadership along with education, health and economic activities, this Global Gender Gap Report 2021 having information of 156 countries Bangladesh ranked 65th while other South Asian countries Nepal 106th, Sri Lanka 116th, Maldives 128th , Bhutan 130th, India 140th, Pakistan 153rd and Afghanistan 156th.. In this report Bangladesh slipped by 15 positions and India by 28 positions. Looking into the issues of gender gap with no major shift in terms of women empowerment, their involvement in economic activities, education and health in almost all the areas both male and female progressed but during covid-19, women progressed less in economic sector in comparison to men: that took our position at 65th from 50th. The report of global gender gap 2021 says if the current global trend continues, it will need 135.6 years to mend the gap between male and female; especially in political area it will need 145.5 years, in economic participation 267.6 years but the encouraging figure in education is only 14.2 years. In South Asia it will require about 195.4 years to close the gap between male and female. COVID-19 made the situation worse. In 2020 it was estimated that 99.5 years will be required to mend the gender gap, but this pandemic added 36 years and brought the globe to 135.6 years.

WEF measures Gender Gap considering comparative position of women in four major areas like leadership in polities, health, education and economic activities. In 2021 Bangladesh has the 7th position in leadership and politics, 121st position in Education, 134th position in Health gap, 147th position in Economic activities. Bangladesh ranked 1 in admission in primary and secondary education, sex ratio at birth and years with male female head of state. We are seventh in political empowerment which also considered the issue of woman in parliament and women in the ministries. In our cabinet and Parliament, participation of women is 7.7% and 20.9% respectively and overall 10% women in leadership role in public and private sector. This placed Bangladesh in the 139th position.

The study says Covid-19 made the work of women in double shift. During Covid-19 people spend more time with family and children at home: so, the household activity along with taking care of children and elderly people need more time which created both physical and mental pressure on women. Likewise, gap increased substantially in the area of labour force participation, wage, participation in senior position in politics, parliament and management and participation in technical work.

But the gender gap narrowed down remarkably in secondary enrolment, secondary completion, drop out and also inclusion of female in tertiary education.

Human Development Report 2020 of UNDP identified Bangladesh as one of the quick progressing countries in terms of human development. In global gender inequality index (GII), the position of Bangladesh (0.537) is much higher than the global average (0.436). It achieved human development index for women 0.596 and for men it is point 0.660 having its position 133 out of 189 countries and territories. According to this report adolescent birth rate, antenatal care coverage, child marriage, contraceptive prevalence rate, female participation in employment and services, mid-level management and Skilled Birth Attendant (SBA) support during delivery are quite good. But share of employment in non-agriculture sector, share of graduate in science, technical, engineering, mathematics and tertiary education, total employment, seats in parliament, seats in local bodies, violence against women and bank account  need to be looked into for further development and to mend the gap between male and female. A BRAC study says during March-April 2020, violence against women increased by 63.6%. This study says during Covid-19 pandemic 27% women lost their job, 16% of women had decreased work hour, informal sector for women decreased six times than men while work hour of men decreased by 14% but for the female it decreased by 80%. Moreover, Covid support is given to men than women by the government, NGO, family friends and foreign donations. Covid related information was least available with women along with deprivation of medical care. But the positive information is that women Covid-19 patient is far less than man. Both Covid-19 and super cyclone Umphan in the last year affected women more. An ILO report says the gender gap ratio in Bangladesh is only 2.2% while the global gap is 21.2%. Cultural barrier is another cause of women deprivation and gender gap. A mother gives more food to her male child than female and this male child after marriage gets special food in his father-in-law’s house and this proposition is not correct for the girl. But in the changing time both in rural and urban areas, mothers are encouraged to treat boy and girl equally. The same is in the wage gap; it is commonly said that women work less than men, which is not correct. Time is now to raise the voice for mending the gap of male and female in Bangladesh.

SDG 5 with a title of ‘Achieve gender equality and empower all women and girls’ having 9 targets and 14 indicators, Bangladesh achieved well in enacting necessary laws and regulations, use of mobile phone by women and time spent for unpaid works; it is moderate in child marriage. Much is done for women empowerment in different fields of civil-military positions and private sector but for the equality more attention needs to be given to economic empowerment, women ownership of business, head of the organization and political empowerment.

Arrangement for childcare, putting names of mothers with the identification of children, campaign and legal provision against child marriage, safety net programs for the poor women, Amar Bari Amar Khamar program, distribution of government land and providing the helpless with shelter under joint ownership of husband and wife are remarkable decisions of the government of Bangladesh to narrow down the gender gap and achieve SDG goal. Bangladesh had a special quota for the women in the service sector, which is recognized by our Constitution. At the same time, the government has a decision to encourage more women in economic activities by allocating plots in the Economic Zone and women budget too.

Covid-19 rendered women joblessness, more violence against women at home, more work at home in unpaid care giving to children and elderly people of the family, less government support in comparison to men, reduced access to family planning facility, more girl dropout of school ultimately increases child marriage and increased gender gap. The average distance completed to parity in 2021 is at 68% a setback by 0.6% points compared to 2020. McKinsey in his report on Covid-19 under gender equality, mentioned that women make up almost two-fifth of the global labour force but have suffered more than half of total job losses from Covid-19 that left than 1.8 times more vulnerable to the pandemic in part than men, more than 1/3 work than the father during Covid needs to be performed by mother and women's job 90% are at greater risk than men in the area of service sector, especially accommodation and food service, retail and wholesale trade and services such as art, recreation and public administration. This is to be noted that globally women work more in service sector.

Reducing gender gap boosts economic growth, competitiveness and readiness for future. Covid-19 can whip out the moderate progress made in the last decade in women development and a backward step for the gender equality; 40 to 60 million women are affected by Covid-19. To cope up with the situation and looking towards the global scenario, gender gap in Bangladesh is on an increasing trend. We need to create more opportunity for women to work, more investment for girls’ education, childcare and the aged people care centre all around the country, especially in the growth centres. And more support for the women education may accelerate family planning activities and can turn Bangladesh into a positive direction in mending the gender gap. We need to achieve SDG 2030 and prosper as developed country by 2041 with a right balance in gender.

The writer is a Former Principal