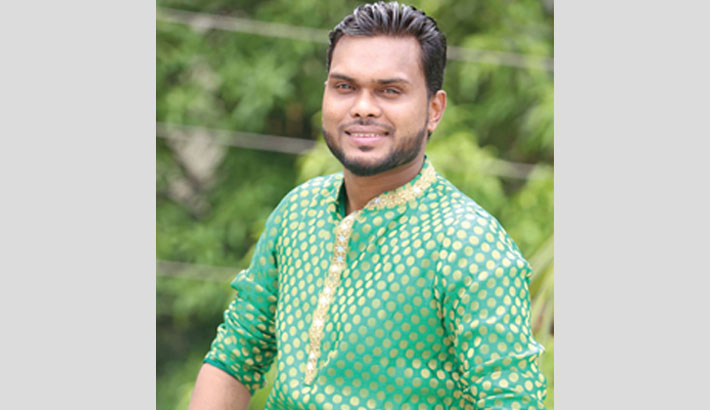 Besides, recording his songs ‘Premer Karigor’ and ‘Konta Amar Boshot Bari’ have nearly been completed.

Sheikh Nazrul has written the lyrics of all the songs and Fidel Naim has composed the tracks.

About his new songs, Nolok said, “I want say thank to Sheikh Nazrul bhai for the wonderful songs. Fidel Naim has also composed the tracks with utmost care. I’m very satisfied for my recent works. I hope the audience will enjoy the songs very much.”

Nolok Babu is a talented singer of the country. He won the first CloseUp1 competition (an adaptation of Pop Idol), a TV show to decide the best new young singer based on voting and participation.

Nolok was born in Jamalpur as Farhad. In 2005, when CloseUp1 started Farhad registered his name as Nolok Babu.  In the selection round, he came into notice with ‘Sua Chan Pakhi’, a popular song of late folk musician, Ukil Munsi.