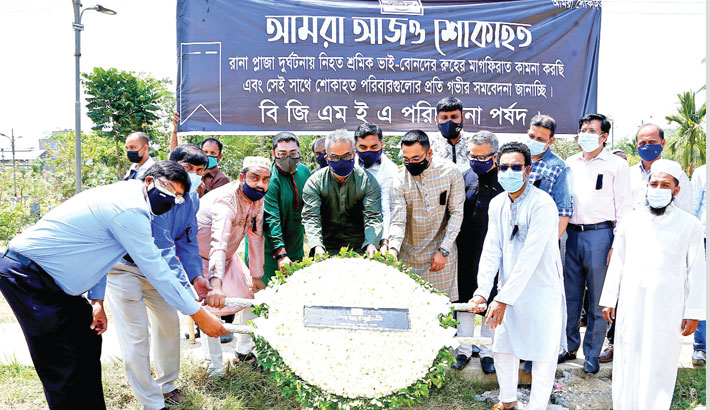 Leaders of Bangladesh Garment Manufacturers and Exporters Association (BGMEA) led by its President Faruque Hasan place wreaths for the diseased of Rana Plaza tragedy at Jurain graveyard in the capital on Saturday. 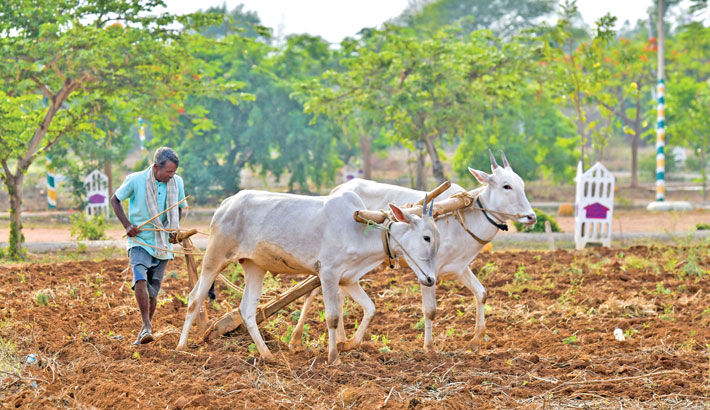 In this picture taken on Saturday, a farmer ploughs his field with a pair of oxen on the outskirts of Bangalore. 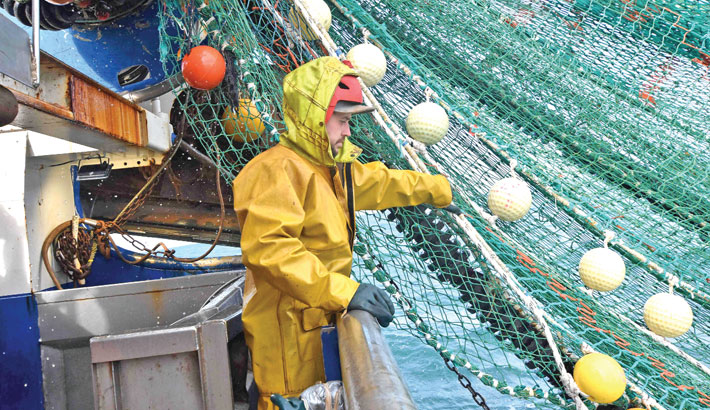 In this file photo taken recently seamen fish on the boat "Le Marmouset III" in the English Channel. France has asked the European Commission to act "firmly" to "accelerate" the implementation of the post-Brexit fishing agreement concluded with the United Kingdom, while discontent is mounting among French fishermen recently. 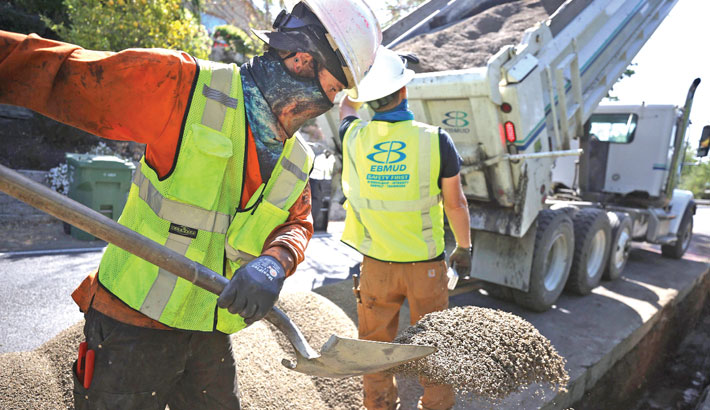 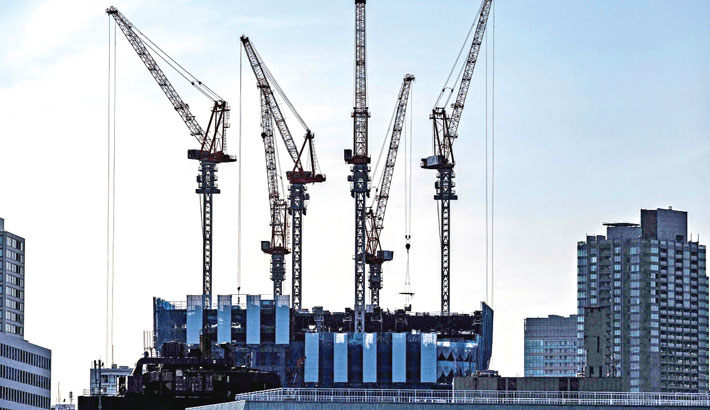 A general view shows cranes at a construction site in Tokyo recently.