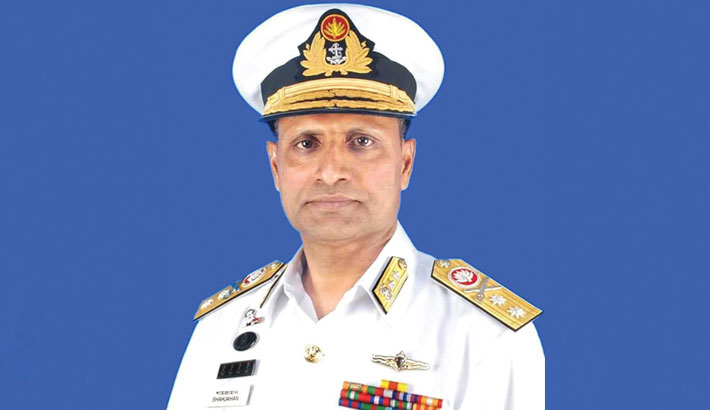 Chattogram: Efforts are underway to boost the capacity of the port to cope with the increasing demand, Chittagong Port Authority (CPA) Chairman Rear Admiral M Shahjahan has said on the occasion of the 134th founding anniversary of the port.

Different projects are being implemented and on completion of the projects including the ‘Matarbari Deep Seaport’, the port will be able to fulfil the demand of the next 50 years, he told the Daily Sun.

The port is observing the founding anniversary today (Sunday) without any programme due to the corona pandemic.

The chairman said they will be able to make the under-construction ‘Patenga Container Terminal’ functional by December this year and the Bay terminal within next two to three years.

Besides, completion of the ‘Matarbari Deep Seaport’ project in Moheshkhali will also help the port cope with growing import and export activities of the next 50 years, said the chairman.

He also said zero piracy at Outer Anchorage and no vessel or container congestion are among the remarkable achievements of the port over the years.

“Our efforts will  continue to take the port forward and make it capable of facing the future challenges,” he added.

The CPA authority in a statement also said the port handles more than 92 per cent of Bangladesh's imports and exports and 98 per cent of container goods.

It handled more than 2.8 million containers in 2020 despite the corona pandemic.

This achievement is a reflection of the ongoing economic development of the present government, said the statement.

The importance of the port in the national economy is immense and it has been playing an important role in the implementation of Vision-2021 and Vision-2041 announced by the Prime Minister.

The CPA is committed to implementing various short-medium and long-term projects taken in the birth centenary of the Father of the Nation Bangabandhu Sheikh Mujibur Rahman.

In addition, various development projects including Bay Terminal, Patenga Container Terminal, Matarbari Deep Seaport and New Mooring Overflow Yard are underway while equipment are being added to modernise the port for facing the challenges of the 21st century, read the statement.

Besides, 52 acres of important land of the port have been recovered

in the Laldiarchar area. Different plans are being taken to increase the port facilities in the area.

The activities marked a growth of 7.7 per cent and 2.7 per cent in container and cargo handling respectively, said the CPA authority in the statement.

Although many ports in the developed world were completely shut down due to Covid-19, Chittagong port carried out activities round-the-clock. Officials and employees of the port have also been working now amid the lockdown to keep the supply chain of the country uninterrupted.

The zero piracy at the outer anchorage of the port, achieving the 58th position in Lloyd's list and experimental transit of goods from Kolkata port to the eastern states of India using Chittagong port were remarkable achievements of the port last year, added the statement.