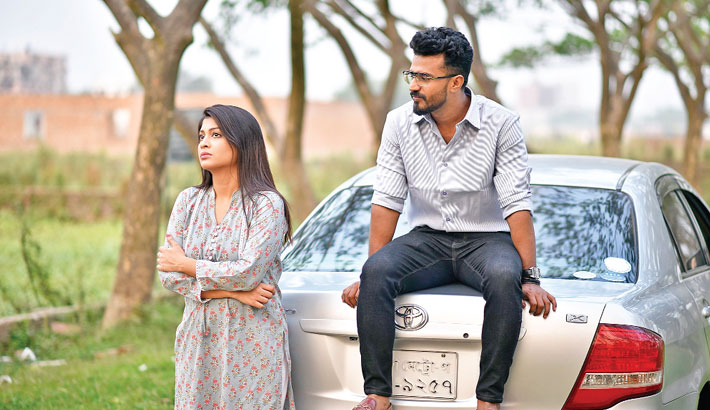 Mansur Alam Nirjhor has made his mark as a director on the small screen and presented many dramas to the audience. Now, the director is coming up with his 50th telefiction titled ‘Sesh Belay’ starring Sarika Sabrin and Musfiq R. Farhan. Besides directing, Nirjhor has also written the drama.

The drama has been made for the upcoming Eid-ul-Fitr festival. The shooting of ‘Sesh Belay’ has already been completed. Actors Faisal Hassan, Jainal Jack and others will also be seen in the drama.

Nirjhor said, “I did not have any plan to be a director. I’ve worked as an assistant director for six years. Then, I came to the field of directing. After that, the journey was only mine. The audience can better judge my works.”

Nirjhor also said he is now taking preparation for the big screen. He already directed a web film named ‘Journey to Dhaka’ which will be released soon.