Things to do in Ramadan 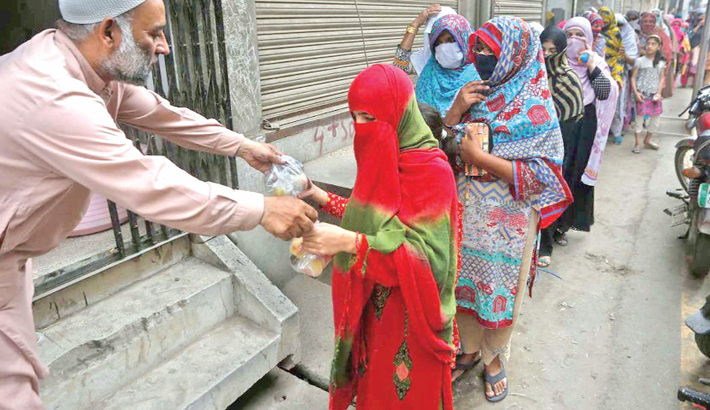 Ramadan is a much revered and blessed month for Muslims all over the world. During this month the reward for every voluntary (Nafl) prayer rises to the level of that of obligatory (Farj) prayers and the reward for every obligatory (Farj) prayer rises 70 times of that of normal obligatory prayers. The Messenger of Allah (PBUH) said, ".. Whoever draws nearer (to Allah) by performing any of the (optional) good deeds in (this month) shall receive the same reward as performing an obligatory deed at any other time, and whoever discharges an obligatory deed in (this month) shall receive the reward of performing seventy obligations at any other time. ..." (Ibn Khuzayma). Following are the A’mal (acts of worship) we must try to practice to seek Allah’s pleasure during this glorious month:

Fasting: Fasting during the month of Ramadan has been obligatory for all Muslims. Allah (SWT) says in the holy Qur’an about this obligatory fasting: “O believers! Fasting is prescribed for you as it was prescribed for those before you, that you may become pious.” (Sura Baqara: 183). The benefits of fasting reach all areas of our lives, including the life in this world and hereafter. Although Muslims do not fast because of medical benefits, rather they observe fasting as a religious obligation, but medical studies have proved that fasting (when done properly), has many health benefits. In 2016, Japanese scientist Yoshinori Ohsumi won the Nobel Prize establishing the truth that fasting is good for health. He coined the term “autophagy” which was the cornerstone of his discovery. He discovered that Autophagy supports vital activity by recycling proteins inside cells. Fasting also protects the human body from many diseases, including lowering of systolic blood pressure and blood sugar and cholesterol. A Muslim should Abstain from acts that nullify the Fast when he is fasting. Intentionally eating or drinking during the fast invalidates the fast. If a Muslim eats or drinks because of forgetfulness, his fasting remains valid. If one has sexual intercourse while he is observing his fast, the fast becomes invalid.

Taraweeh prayer: The word Taraweeh means rest and relaxation. According to Islamic Shariyah, the prayer which is performed by Muslims after Easha prayer during the month of Ramadan is Called Taraweeh prayer.  It is called Taraweeh because during these prayers the Muslims take rest between four Raka’ats of Salah.Taraweeh prayer is Sunnat Muayakkada. Although, the Prophet (PBUH) performed this prayer in the congregation for two or three days, but the Prophet (PBUH) discontinued praying Taraweeh prayers for fear that it could become compulsory.If a Muslim prays Taraweeh (the night prayer) his sins will be forgiven. The Prophet stated, “Whoever observes night prayer in Ramadan as an expression of his faith and to seek reward from Allah(SWT), his previous sins will be blotted out.” (Muslim).

Giving charity: Giving charity is one of the main worships in Islam. It takes a person nearer to Allah(SWT). Charity extinguishes sins, and expiates evil deeds; the Prophet, (PBUH), said: “Charity extinguishes sin as water extinguishes fire.”(Jame Tirmiji). Our beloved Prophet (PBUH) was the most generous of all the people and he used to become more generous in Ramadan when Gabriel met him. Because, Ramadan is a blessed month where the rewards for all of our good deeds are multiplied. Beyond that, there is the fact that our generosity at this time helps those who are fasting and engaging in extra worship during this special month. The best deed in Islam is to feed the poor and orphan. Abdullah bin Amr (RA.) narrated that the messenger of Allah (PBUH) said: “a man asked the prophet, What deeds of Islam are good? The prophet (PBUH) replied, To feed (the poor) and ….” (Sahih Bukhari). One of the highly rewarded acts by the Prophet (PBUH) is feeding people. During the ongoing lockdown, thousands of people became jobless in our country. It is our religious duty to stand beside them by providing food to them. Because, whoever feeds the poor and clothes them Allah will give back these on the Day of Judgment. Abu Sayeed Khudri (RA.) narrated that the Prophet (PBUH) said: “If any Muslim clothes a Muslim when he is naked, Allah(SWT) will clothe him with some green garments of Paradise; if any Muslim feeds a Muslim when he is hungry, Allah will feed him with some of the fruits of Paradise; and if any Muslim gives a Muslim drink when he is thirsty, Allah will give him some of the pure wine which is sealed to drink.” (Abu Dawod).

Giving Iftar: Iftar means to split or to break. The evening meal eaten by Muslims to break their fast after sunset during Ramadan or outside of Ramadan is called Iftar. Iftar is a meal blessed by Allah (SWT). Abu Huraira (Ra.) narrated that the Prophet (Pbuh) said, “Allah said: ‘The fast is for me ... There are two pleasures for a fasting person, one at the time of breaking his/her fast, and the other at the time when (s)he will meet his Lord. And the smell of the mouth of a fasting person is better than the smell of musk to Allah.’” (Sahih Bukhari). Giving Iftar is very rewarding. The Prophet (PBUH) said, ‘Whoever feeds a person breaking his fast will earn the same reward as him, without anything being lessened from the reward of the fasting person’. (Tirmidhi)

The writer is a national award winner Qari and Khatib of Baitush Shafiq Mosque (near National University), Gazipur