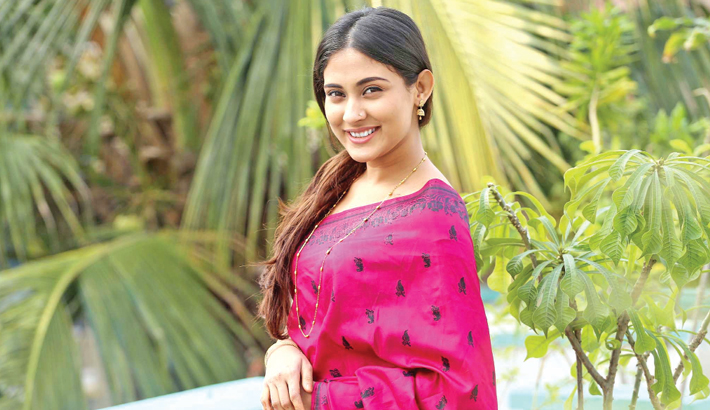 Mehazabien Chowdhury is one of the most popular small screen actresses of the country. The versatile artiste has won the hearts of millions by her fabulous acting style. Mehazabien started her acting career in 2010 with the drama ‘Tumi Thako Shindu Pare’ directed by Iftekhar Ahmed Fahmi. Popular actor Mahfuz Ahmed was her co-artiste in the drama. Since then, she has been presenting wonderful dramas to the audience one after another.

Currently, Mehezabien is not participating in any shooting due to the ongoing lockdown. Before of the lockdown began, she has completed works of four dramas, including, Mizanur Rahman Aryan’s ‘Bhaggocrome’, Mahmudur Rahman Hime’s ‘Marun’, ‘Thitio Shuchona’ and Mohidul Mohim’s ‘Credit Show’. Popular actors Apurba, Afran Nisho and Tahsan will be seen in the dramas respectively with Mehezabien.

All the four dramas will be aired on different television channels on the occasion of upcoming Eid-ul-Fitr.

About the dramas, Mehazabien said, “I’ve completed four dramas recently. The stories of the dramas are very nice. I hope the audience will enjoy all the dramas.”

“Now I’m absent from all kind of shooting due to ongoing lockdown. I will return to shooting if the situation becomes little bit normal”, she added.

Popular actress Mehazabien began her acting career after winning Lux Channel i Superstar in 2009, and rose to national prominence for her acting ability.