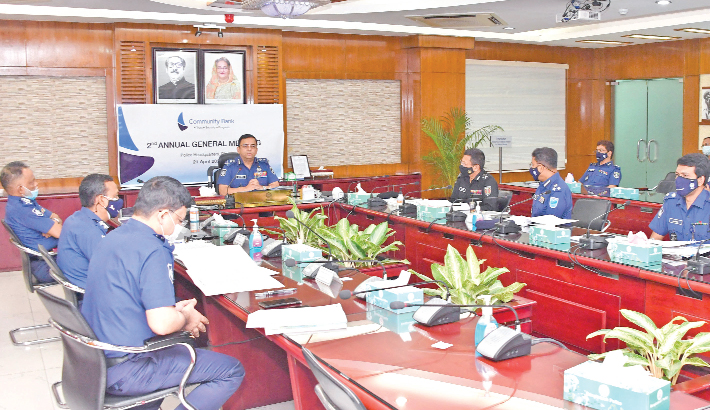 Community Bank Chairman and IGP Dr. Benazir Ahmed presides over the 2nd Annual General Meeting (AGM) of Community Bank at the Police Headquarters through video conferencing in the capital on Wednesday.

In the AGM, annual report, audited reports and accounts of the bank for the year ended 2020 were approved and important decisions were taken regarding the AGM.

Dr. Benazir Ahmed, Inspector General of Police and Chairman, Community Bank Bangladesh Limited conveyed his sincere gratitude to Prime Minister for her wholehearted support during the inception of Community Bank.