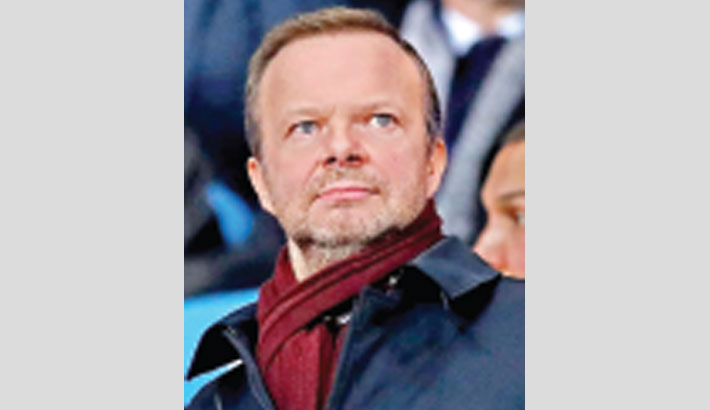 Ed Woodward is to step down as Manchester Unit-ed's executive vice-chair-man at the end of this year, the Premier League club announced on Tuesday.

The 49-year-old former investment banker is be-lieved to have been one of the prime movers behind controversial proposals for a European Super League.

JP Morgan, the bank he worked for when he ad-

vised the Glazers over their purchase of Man-chester United in 2005, are financing the project.

"I am extremely proud to have served United and it has been an honour to work for the world's great-est football club for the past 16 years," he said in a statement.

"The club is well posi-tioned for the future and it will be difficult to walk away at the end of the year."

Woodward has been ex-ecutive vice-chairman at Old Trafford since 2012. He took over the responsi-bilities of departing chief executive David Gill the following year and proved an unpopular figure with fans.

Under his tenure the club spent more than a billion pounds ($1.4 bil-lion) but have not won the Premier League or Cham-pions League since Alex Ferguson retired in 2013.