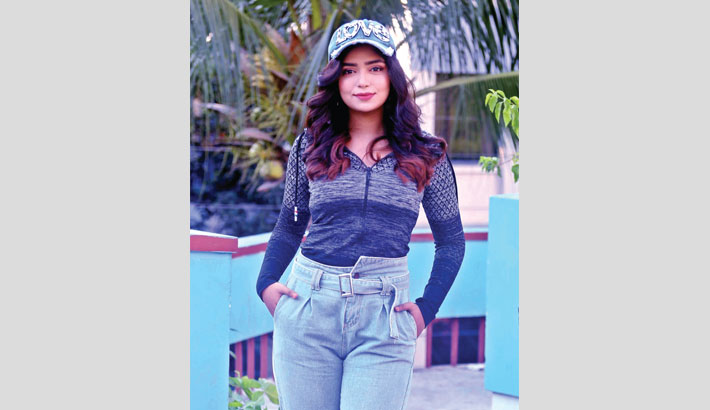 Mithu Roy has directed dramas ‘Chupi Chupi Prem’ and ‘Tomai Dekhle Maya Bare’. The plays will be aired on different TV channels on the occasion of Eid-ul-Fitr.

About Chupi Chupi Prem, Heme said, “The story of the drama is amazing. Actor Arosh is my co-artiste in the drama. We have tried our level best to portray ourselves according to the characters. I hope the audience will enjoy the drama very much.”

Besides Heme and Arosh, actors Kazi Ujjal, Anwar Hossain, Tama Islam and others will be seen in the drama.

On the other work front, Heme has recently completed the shooting of the drama serial ‘Chorer Upor Batpari’ directed by Shohag Gazi, and her dramas ‘Priyojon’, ‘Smritir Kolponai Anki’ ‘Gobindra Purer Golpo’ are currently being aired on different television channels.

Jannatul Sumaiya Heme came to the limelight after winning the title of champions in a reality show in 2014. Her first TV drama was ‘Char Konnar Golpo’. She made her silver screen debut with an India-Bangladesh joint-venture production titled ‘Hothat Dekha’ in 2017.

The actress has garnered applause from the audience within a very short period.