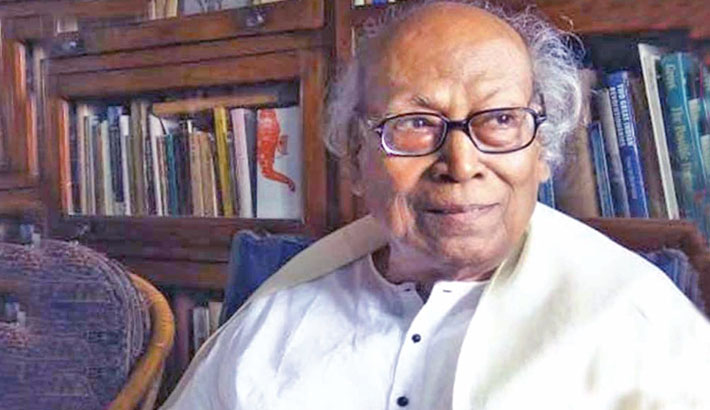 He was 89. The veteran poet was in home isolation after testing positive for coronavirus on April 14.

After testing positive, he was not admitted to hospital as his family in consultation with doctors decided to keep him in home isolation.

Sankha Ghosh, a recipient of the coveted Jnanpith and Sahitya Akademi awards, had been suffering from age-related ailments for a while.

He was also admitted to the hospital in January this year.

A pall of gloom descended on the literature enthusiasts and writers fraternity in Bangladesh and India immediate after the news of his demise.

Shankha Ghosh, a flagbearer of Bengali intelligentsia, was often regarded as one of the greatest Bengali littérateurs in the post-Jibanananda Das.

He was born on February 5 in 1932, at Chandpur in Bangladesh but his ancestral home was in Banaripara of Barishal.

The poet, however, spent his formative years in Pabna where he did his matriculation from Chandraprabha Bidyapeeth in 1947.

He did his BA from the prestigious Presidency College in 1951 and obtained his masters’ degree from Calcutta University.

Apart from writing poetry, he had taught several years in Delhi University, University of Iowa and Visva Bharati.

A prolific poet, critic, and academician, he was considered an authority on Nobel laureate Rabindranath Tagore. The poet’s noted works are ‘Adim Lata– Gulmomay’, ‘Murkha Baro Samajik Nay’, and other books.

His works have been translated into several languages, including, English and Hindi.

He was awarded the Padma Bhushan in 2011 and was conferred the prestigious Jnanpith Award later in 2016. He received the Sahitya Akademi Award in 1977 for his book ‘Babarer Prarthana’.