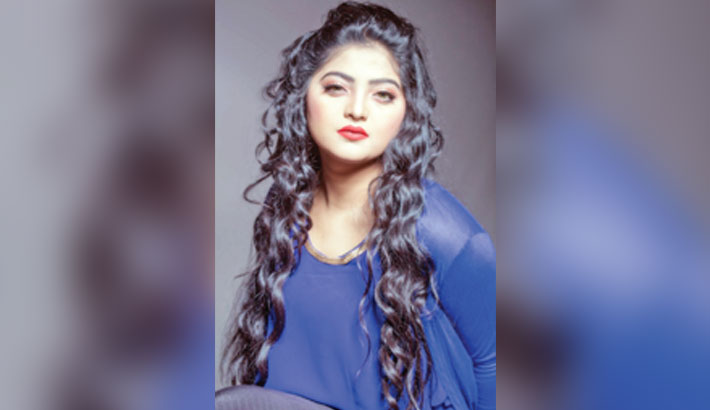 Popular folk singer Salma Akhter is currently busy with her Eid projects. She has recently lent her voice to a new song titled ‘Pardeshi’ for the upcoming Eid-ul-Fitr festival.

Written by Sobuj Arranya, the music of the song has been composed and arranged by Rezwan Seikh.

Salma said, “Stage shows are now put on hold due to the ongoing corona situation. I’m utilising this time by recording songs. In the meantime, I have rendered 25 songs under different audio banners. Among these songs, ‘Pardeshi’ is one of my favorites. I hope, the lyrics and tune of the song will touch the audience’s heart.”

Under the banner of CD Plus, the song ‘Pardeshi’ will be released on YouTube along with its music video on the last week of Ramazan. The track will also be available on different audio and video sharing platforms.

Salma Akhter came to the limelight through the second season of the musical talent hunt ‘Close Up 1: Tomakei Khujchhe Bangladesh’ in 2006. She was the champion of this show. Her first audio album ‘Baniya Bondhu’ was released under the banner of Gaanchil soon after ‘Close Up One’. The album was commercially successful.

Salma is especially considered for singing Lalon Geeti along with all other Bengali folk songs. She also performs semi-classical and modern Bengali songs.

Salma released 11 solo albums from various audio Labels in her music career. She also worked on more than 30 mixed albums. She also did playback for movies.