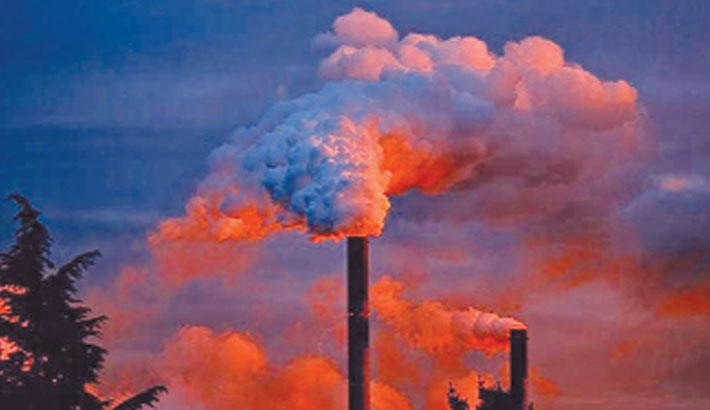 The EU has adopted ambitious new targets to curb climate change, with a pledge to make them legally binding.

Under a new law agreed between member states and the EU Parliament, the bloc will cut carbon emissions by at least 55 percent by 2030, compared with 1990 levels, reports BBC.

The EU parliament had pushed for a higher target of a 60 percent reduction.

“The Climate Law sets the EU on a green path for a generation.”

The deal comes ahead of a virtual summit of world leaders later this week, where the US is expected to announce its own climate targets for 2030.

US President Joe Biden, who will lead the meeting, rejoined the Paris climate agreement in his first day in office and has previously committed to reaching net zero emissions by 2050.

The UK, meanwhile, announced radical plans to cut carbon emissions by 78 percent by 2035 earlier this week, although environmentalists warn that the government has consistently failed to achieve previous targets set by its independent Climate Change Committee (CCC).

The EU Climate Law was agreed in the early hours of Wednesday after months of talks.

It sets a limit on the levels of CO2 removal that can count towards the 2030 target, to ensure that states actively lower emissions rather than removing them from the atmosphere through forests, for example.

A 15-member independent council will also be established to advise the EU on climate measures and targets.

The EU Commission will announce a package of climate laws in June to support the plans.

The target to reduce emissions by 55 percent by 2030 was initially announced by EU leaders in December but there had been pressure from the EU Parliament and environmental groups for the law to go even further. Previous EU targets had called for a 40 percent cut.

EU Commission Vice-President Frans Timmerman described the agreement as “a landmark moment for the EU and a strong signal to the world”.

However, Greens MEP Michael Bloss tweeted that the climate law was a “big disappointment”, adding: “We fought hard but achieved little”.

In September the EU Commission set out its blueprint for reaching the 55 percent target by 2030, and said at least 30 percent of the EU’s €1.8tn (£1.64tn; $2.2tn) long-term budget would be spent on climate-related measures.

The Paris climate deal, signed in 2016, aims to keep global temperature rise well under 2C, and preferably within a maximum rise of 1.5C, to prevent the worst effects of climate change.