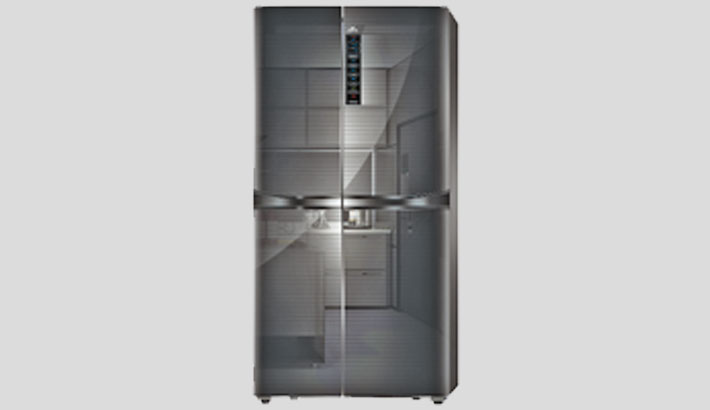 Walton has launched a new model of IoT (Internet of Things) based non-frost smart fridge that can be controlled through mobile phone from anywhere in the world on the occasion of Eid.

Engineers of Walton Fridge Research and Development Department released this new model smart fridge as a special gift for Eid. In Bangladesh, only Walton has been manufacturing IoT based smart fridge and thus this is a great milestone not only just for Walton but also for the the local engineers as well as Bangladesh, said a press release.

Engineer Abdul Malek Sikder, in-charge of Walton Fridge R&D (research and development) Refrigeration-Electronics Department, said a Wi-Fi module has been added to its control board as an IoT device. As a result, this fridge will come under WiFi internet connection. The customer has to install a special app called ‘Walton Smart Appliances’ on his/her handset. And then, customers can control the settings of the fridge from any part of the world by selecting the fridge option of these special apps using the internet.

Anisur Rahman Mallick, chief executive officer of Walton Fridge, said, smart fridge is a new addition to Walton fridge as well as to the domestic market. This trend of offering more and more new technology and feature rich products to the buyers will be continued. In this regard, the engineers of the Walton R&D team are constantly researching all the latest technologies in the world. He hoped that the new and sophisticated Walton Smart Fridge will be very popular.