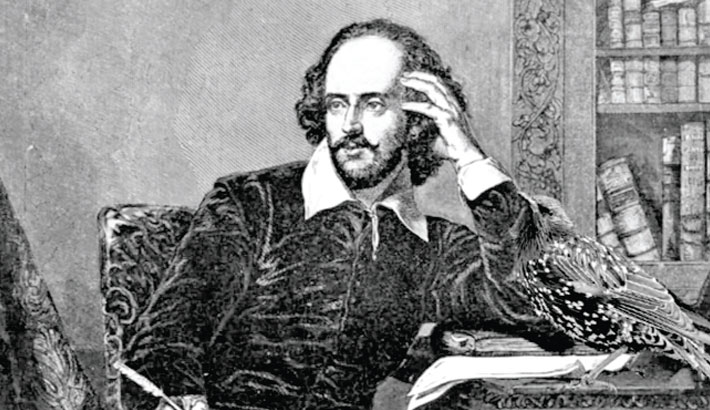 William Shakespeare is celebrated worldwide for his extraordinary and multifaceted ways of drawing the skeleton view of the society he lived in and the one we are still dwelling in. Although he was a professional playwright, he could directly, diplomatically, symbolically, humorously and even sarcastically bring many socio-cultural issues to the table. His plays are so deceptively brilliant that the same play may seem misogynistic in one reading and feministic in the other. As a young researcher, I am more interested in looking for the gender issues in Shakespeare’s plays. All these plays were interpreted from the male point of view. Then from the 1980s, critics like Harold Bloom, Valerie Traub, Bruce R. Smith started deconstructing the texts by putting them on their feministic lenses.

Nonetheless, I dare not call Shakespeare a feminist, because “feminism” as a term did not exist back in Shakespearean time. The term is a very recent addition to the study of isms. However, gender issues are definitely an age-old matter. William Shakespeare addressed these socially constructed gender issues in his plays by portraying a few remarkably strong, independent, unconventional and even deviant female characters who attempted to dismantle the patriarchy with its own tools. Shakespeare anticipated the groundwork of feminism. That is why we can call him a Proto-feminist.

I will not just stop here by bestowing a stigma upon the Bard before making my points clear. I would rather like to discuss four female characters from both his tragedies and comedies to show how Shakespeare gracefully broke the stereotype and empowered his female characters. During his time, women were not allowed to participate in theaters. So, young boys used to play the role of female characters. That is, in my opinion, another way of making the males aware of the power, role and importance of their female counterparts.

Let me begin my analysis with one of my favourites plays The Taming of the Shrew in which the protagonist Katherina is called a “Shrew” because of showing a strong and rebellious personality in an Elizabethan England where women were controlled by men. In one way, Shakespeare shows Kate’s impulsiveness and wildness, and in another way, the bard intends to show the dominating nature of the men of Padua society. A husband’s tendency to dominate and subdue a potential and courageous wife like Katherina simply proves male’s unconscious desire to be the master and center of the house. Shakespeare clearly shows Petruchio’s greed for wealth when he says, “I come to wive it wealthily in Padua/ if wealthily, then happily in Padua”. Unconventional and outspoken women were labeled as “shrew”, “wild”, “hell”, “curst” and deviant. The males thought that no one would marry a woman until she became milder and softer in nature. Therefore, patriarchy thinks that a woman like Kate must be tamed by her husband.

She is physically and psychologically tortured by Petruchio which he claims to “kill a woman with kindness”. Katherina understands that she needs to take Petruchio under her control. So, she dismantles the master’s house with its own tool. She takes refuge in “survival of the fittest” strategy and pretends to submit herself to Petruchio. Here comes the irony.

In her final “submission speech”, Katherina considers her husband to be her “lord” and “caregiver”. This speech ironically expresses society’s expectation which is imposed on the female members. Interestingly, by submitting herself to Petruchio, Katherine takes the central role in the play and becomes the center of attention. She conforms to her husband to confirm a safer and better place. Kate says to other women to place their hands below their husbands’ feet. The intended meaning of her advice is that a wife’s hand is strong enough to carry the entire weight of her husband. If she moves her hand, her husband will fall down. While delivering this sarcastic speech, she regains her voice and power. And point to be noted, she delivers the longest solo speech in the entire play. So, who’s the tamer and who’s tamed now?

Another strong and independent female character is Portia from The Merchant of Venice. Feminism has always been concerned with the representation of women. The way Shakespeare represents Portia here in the play definitely brings him the stature of a Proto feminist. She is a wealthy woman without a male ruling over her. She is a successful, intelligent and rationale woman. During Shakespeare’s time, women were not allowed to receive and practice education on law. So, Portia has to dress like a man in the courtroom scene. Now, many critics may say that a woman’s desire is to be like a man and it does not make her a feminist. Well, I differ and would like to view it differently. Since patriarchy did not let women to be female lawyers, Portia sets herself free from gender shackle. Simone de Beauvoir said that one is not born a woman, but becomes one! Portia, in that case, takes a little break from the process of becoming a woman. She apparently dresses like a man. But she actually wants to set equality. She is equal to men. Her destiny is in the hand of Elizabethan patriarchal system. But she can successfully manipulate and fight against oppressions.

Then by absorbing Shylock’s wealth, Portia in fact is able to increase and remain sovereign over her inheritance. She begins the play a prisoner to her father’s will, and ends as independent as she can be. In terms of changing her destiny and fate, Portia could claim to be the ultimate merchant at the end of the play: the true Merchant of Venice. So, like Kate, Portia also makes her own position in the patriarchal system.

Now, I would like to focus on two very powerful female characters from Shakespeare’s tragedies. The first one is Desdemona from Othello. She is a tragic heroine, but a very strong-willed lady. Women were not given their rights to freedom, equality, and decision making. They were treated as inferior and dependent on men. They were subaltern. Even if they raised their voice, it was then silenced by the society. In such kind of patriarchal society, Desdemona proves to be a strong and independent woman. She spoke for her herself, refused to be crushed under the feet of patriarchy.

Desdemona takes her own decisions. She informs her father that she has made the decision and is unwilling to go back. She retained her respect for her father by complementing him and his duties. She made a tactical and persuasive speech without offending anyone. This shows that she is extremely intellectual and asserts her feminine existence on the very face of oppression.

Another unconventional female character is Lady Macbeth from the Macbeth. Before the rise of Feminism, Lady Macbeth was considered as a deformed and deviated woman. Many critics even called her the fourth witch. But after analysing her character from the feminist perspective, we can clearly see the leader in her that drives her to make the ambitious murder plot of killing King Duncan. She has the desire for power, just like any man, for which she ignites courage in her husband to proceed the murder.

Patriarchy demeans her intellect and finds flaw in it. So, she wishes to be unsexed. She rejects her femineity through words when she says, “come, thy holy spirits, unsex me”. This resonates with the idea of an ideal Elizabethan woman who is supposed to be mild, powerless and submissive just like Lady MacDuff. Shakespeare, in the form of Lady Macbeth, portrays a woman who is deliberately coming out of her gender role. She is Macbeth’s collaborator. A manly woman, we can say. She may not be accepted in the Elizabethan England, but she seems a very strong and powerful woman who breaks the shackle of patriarchy.

William Shakespeare explored both the best and the worst qualities in both men and women. A few of her female characters showcase astonishing bravery, wit and courage. Although these women had to directly or sarcastically conform to patriarchal structure, Shakespeare shows that these kinds of women were also important and relevant even in Elizabethan England. Kudos to the Bard. He is definitely a Proto-feminist! Shakespeare’s female characters made me feel empowered all through the reading process. I am indebted to him. He was born on 23 April 1564. So, on the occasion of his 457th birth anniversary, I show my earnest gratitude to the Bard quoting his own words, “So long as man can read or eyes can see/ so long lives this and this gives life to thee”.