Earth Day: Together We Can Restore Our Earth 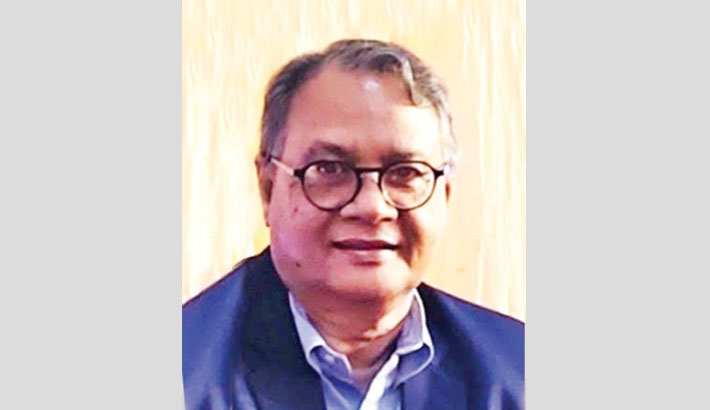 The world is celebrating the ‘Earth Day’ on 22 April. This year’s celebration will coincide with a ‘Leaders' Climate Summit’. The United States has convened the summit on 22-23 April 2021. Forty leaders of different countries of the world including Bangladesh Prime minister have been invited to participate in the virtual meet. This is a major initiative by the United States after its return on January 20, 2021 to the ‘Paris Agreement’. Here it may be mentioned that it will also be the fifth anniversary of the Paris Agreement on climate change.

On this very day, Earth Day was first celebrated in the United States to develop awareness about the importance of environment. Since then, it has been an annual event. After several years of advocacy and support by activists across the globe, it gradually gained prominence. The Earth Day aims to raise awareness among masses about climate change and global warming. The day also calls for to act towards the protection of the environment and focus on the need for conservation by all. The theme for Earth Day, 2021 is ‘Together, We Can Restore Our Earth’ and it will focus on natural processes, emerging green technologies, and innovative thinking that can restore the world’s ecosystems.

To some extent, it indicates a departure for the notion that mitigation and adaptation are the only ways to face challenges posed by climate change. Instead of reactive we also need to take pro-active measures and actions of holistic nature against the adverse effects of climate change. This year’s Earth Day and ‘Leaders' Climate Summit’ will be followed by the Conference of Parties (COP) that specifically deals with issues relating to climate change in November at Glasgow, Scotland. It is expected that these two events will make significant contributions to already going on global initiatives in combating the crises ushered in by climate change across the world.

We all know that the earth’s climate is always changing. Many natural phenomena cause the climate to change. Here it needs to be mentioned that 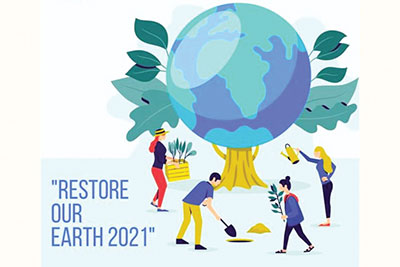 the climate can also change because of human actions. One of the examples could be the burning of fossil fuels. Energy is generated by burning coal, oil and gas which put gases into the air. These gases cause the air to heat up and ultimately change the climate. It is predicted that the earth’s temperature will keep on rising because of particularly of human activities in the coming years. This would cause many natural hazards like stronger cyclones and hurricanes, tidal surges, flood and droughts. Scientists project that these trends will continue and in some cases accelerate, posing significant risks to human health, forestry, agriculture, freshwater supplies, coastlines, and other natural resources that are vital to humans. However, it has been experienced that the negative impacts of climate change are disproportionately borne by persons and communities already in disadvantageous situations owing to geography, poverty, gender, age, disability, cultural or ethnic background.

The international community under the sponsorship of the United Nations took serious note about the phenomenon of climate change and its probable global adverse effects. In 1992, 165 nations signed an international treaty, the UN Framework Convention on Climate Change (UNFCCC). Under its auspices annual meetings are held called “Conference of the Parties” or COP, with the aim of developing goals and methods to reduce climate change as well as adapt to its already visible effects.

In COP 21, the Paris Agreement was reached to effectively address the issues of climate change. The agreement is a legally binding international treaty. It entered into force on 4 November 2016. Its goal is to limit global warming to well below 2, preferably to 1.5 degrees Celsius. To achieve this long-term temperature goal, countries aim to reach global peaking of greenhouse gas emissions as soon as possible to achieve a climate neutral world by middle of the current century.

The Paris Agreement is a landmark because, for the first time, a binding agreement brings all nations into a common cause to combat climate change and adapt to its effects through united efforts.The Paris Agreement works on a 5-year cycle of climate actions carried out by countries and are to submit their plans for climate action known as nationally determined contributions (NDCs). The Paris Agreement also provides a framework for financial, technical and capacity building support to countries. Climate finance is needed for mitigation, because large-scale investments are required to significantly reduce emissions. Climate finance is equally important for adaptation, as significant financial resources are needed to adapt to the adverse effects and reduce the impacts of a changing climate. Not all developing countries have sufficient capacities to deal with many of the challenges brought by climate change. As a result, the Paris Agreement places great emphasis on climate-related capacity-building for developing countries and requests all developed countries to enhance support for capacity-building actions in developing countries.

In this age of climate change, Bangladesh is one of the frontline states exposed to all kinds of negative impacts. In recent years, the country is increasingly experiencing different types of natural disasters almost every year because of the impact of climate change. These include floods, flash floods, cyclones and storm surges, salinity intrusion; extreme temperature and drought. The other important fact is that in Bangladesh, almost one-quarter of the total population live in the coastal areas and the majority of them are somehow affected by coastal floods, tidal surges, river-bank erosion, salinity, tropical cyclones, etc.

With the rise of sea-level Bangladesh could lose a sizeable portion of its land area to the sea. As such, people living in the coastal areas could become climate change induced refugees. In recent years, Bangladesh has taken up a number of initiatives to mitigate the adverse effects of climate change. These include creating dedicated funds for mitigation and adaptation. The country has also made sizeable investment in these areas. Here it needs to be mentioned that Bangladesh’s contribution to climate change is utterly negligible compared to the other major polluting industrialized countries. She is paying the price for the misdeeds of other rich and powerful nations. Here it should be mentioned that the Bangladesh Prime Minister is already held in high esteem by the international community for the proactive role she and her government are playing in offsetting negative impacts of climate change. In the coming ‘Leaders Climate Summit’ Bangladesh as leader of the most vulnerable nations must also play a very forceful role for the full implementation of the ‘Paris Agreement’.