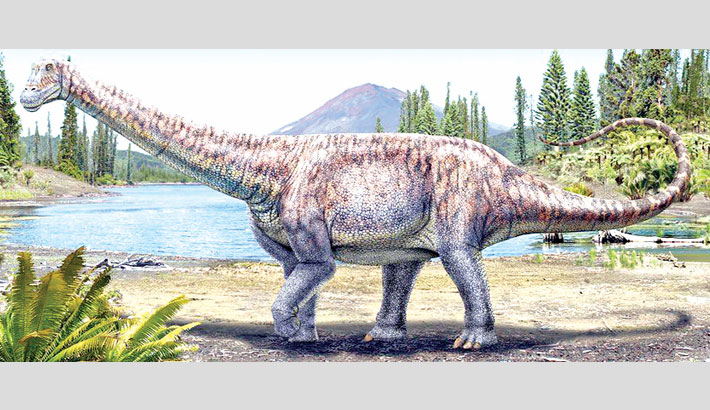 Scientists have identified a new species of dinosaur from parts of a skeleton found in northern Chile, reports BBC.

The creature’s remains were unearthed in the Atacama desert - the world’s driest - near the city of Copiapó.

Experts say the plant-eating titanosaur had a small head and long neck, and an unusually flat back.

Studies suggest the creature lived in what would then have been a lush landscape of flowering plants, ferns and palm trees. A team led by Chilean geologist Carlos Arévalo unearthed the remains

in the 1990s and carried out research in the 2000s. The findings, published in the journal Cretaceous Research, were made public on Monday.

The remains, according to the team, included parts of a humerus, a femur and the ischium, and vertebral elements of the neck and back. They represent a small sub-adult individual, with an estimated length of 6.3m (20ft).