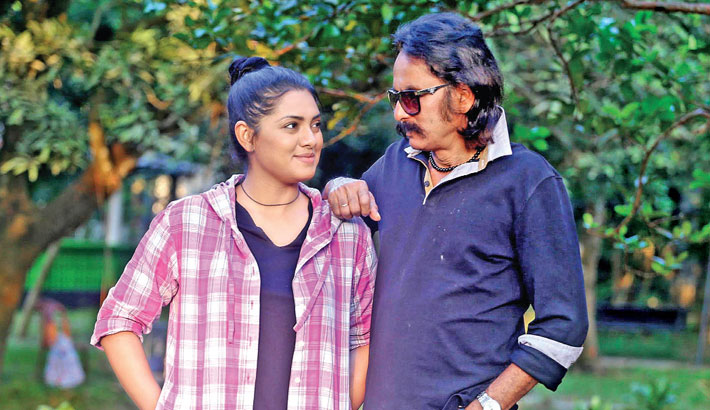 Salauddin Lavlu is a popular small screen actor and director of the country while Nusrat Imrose Tisha is a versatile actress. They have won the hearts of millions by their fabulous performance. Now, the duo will be seen acting in a drama titled ‘Idur Biral’ on the occasion of upcoming Eid-ul-Fitr.

Sajin Ahmed Babu has written and directed the drama.

The shooting of the drama has already been completed at a shooting house in the capital’s Uttara area. Lavlu is playing the role of a Kidnapper in this play.

About the drama, Salauddin Lavlu said, Sajin Ahmed Babu is a very good writer. He always tries to make good story-based dramas. The story of the drama ‘Idur Biral’ is also amazing. I hope the audience will enjoy the play.”

Actress Tisha has been seen by in different roles at different times. This actress always likes to work in challenging roles. For the first time in her career, she is appearing in a completely new character. Tisha will play as a third gender in ‘Idur Biral’.

Tisha said, “In Idur Biral, I have played the role of a person of the third gender. I’ve never been in such a role before. The story is very nice. There has been a new experience working on such a character. I hope everyone will like the play.”

The drama will be aired on RTV on the occasion of upcoming Eid-ul-Fitr.