British PM vows 'no action off the table' to block ESL 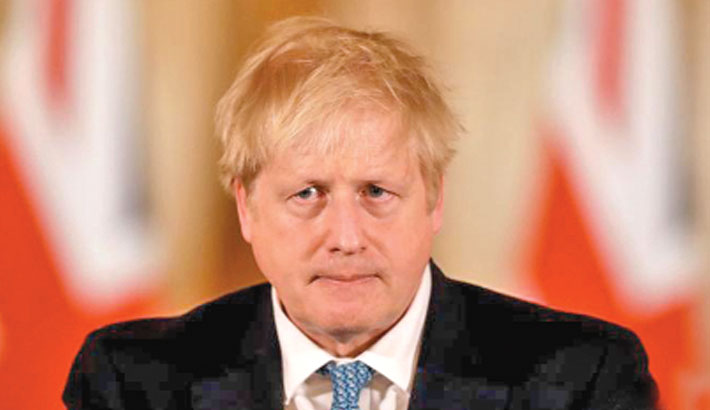 British Prime Minister Boris Johnson warned "no action is off the table" -- including new legislation -- to stop the European Super League after meeting with football chiefs and fan groups on Tuesday.

Twelve powerful clubs -- six from England, and three each from Spain and Italy -- have signed up for the Super League, which offers guaranteed spots for its founding members and billions of dollars in payments.

At a meeting with the English Football Association and the Premier League, Prime Minister Johnson voiced his "unwavering support" for the efforts of football chiefs to prevent the formation of a breakaway competition.

"The prime minister confirmed the government will not stand by while a small handful of owners create a closed shop," Downing Street said in a statement.

"He was clear that no action is off the table and the government is exploring every possibility, including legislative options, to ensure these proposals are stopped."

An emergency Premier League meeting involving the 14 clubs not involved in the Super League plans was set to take place on Tuesday.

FIFA chief Infantino leant his support to European football's governing body UEFA as it attempts to quash an initiative that threatens its prized Champions League and the health of domestic competitions such as the Premier League.

"Six clubs acting entirely in their own interests," the club said in a statement. "Six clubs tarnishing the reputation of our league and the game.

"Six clubs choosing to disrespect every other club with whom they sit around the Premier League table."

Supporters are planning to protest outside Stamford Bridge before Chelsea's Premier League game with Brighton on Tuesday evening.

Three more clubs are expected to sign up, including "at least two" from France, a source told AFP. Qatar-owned Paris Saint-Germain are a notable absentee, while Bayern Munich, the reigning European champions, have distanced themselves from the project.

The Super League announcement came just hours before UEFA announced on Monday a new, 36-team format for the Champions League, which had been conceived to placate the continent's biggest clubs.