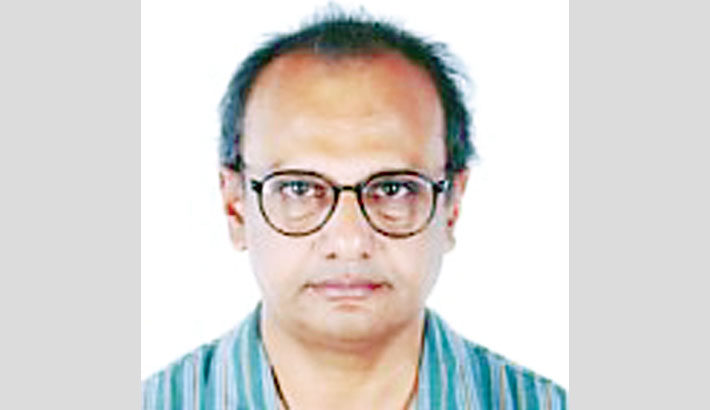 The third seaport of the country --Payra Sea Port-- has been established on the bank of Rabanabad channel of Kalapara upazila under Patuakhali district aiming at increasing economic activities in of the country by enhancing communications with the world.

The port will be operational with a 16m channel where at least 10 kilometres container and other terminals with all other associated facilities, including the establishment of EEZ, airport, port city, dockyard/shipyard, echo tourism etc. have been constructed. By this time, custom clearance facilities, VHF communications, banking, enlistment of ship handling operators, C&F, shipping agent, channel marking with lying of buoys at river and approach channel, marking of Payra inner and outer anchorage area, have been established. In addition, implementation of ISPC code, UN locator code and port security, including a Bangladesh coastguard station with high-speed vessel and workforce etc., have been completed as per planned programmes.

In this connection, the government has acquired around seven thousand acres of land, including homes and agricultural land. As a result, about four thousand two hundred families, most of whom are hardcore poor, lost their homes and agricultural land. Acquisition of land by the government for development is a common practice all over the world. When the state conducts land acquisition, it leads to changes in the livelihood of people.

However, as per government general rules for the acquisition of land, all losing families of Payra sea port areas are getting compensation as usual. It is our observation that the losing families mostly invested the compensation money received from the government in housing and buying family furniture, while little spent on income-generating activities. Thus, it may create a negative impact on such families to survive in the future.

To understand the reality, the honourable Prime Minister has come up and extended her hands to these poor families under special consideration. In addition to general compensation, the government developed 1,165 houses as cement-made pucca buildings for the families who lost 20 decimal or more than 20 decimal of land, including their houses. These buildings have been built up in 978 square feet of land within 4 Kathas (2,880 square feet) of a homestead. 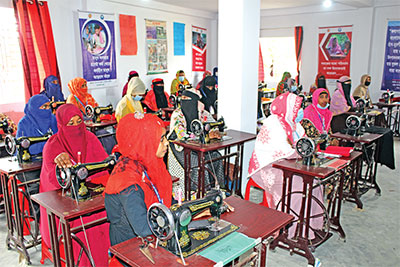 In a similar way, the government has developed another 2,258 houses as cement-made pucca buildings for the families who lost less than 20 decimal of land, including their houses individually. These buildings have been built up in 885 square feet of land within 3 Kathas (2,160 square feet) of homestead individually.

All these 3,423 houses are ornamented with three bedrooms, two bathrooms, one kitchen and one veranda, of which one master bedroom constructed with an attached bathroom. In addition, all these houses have an overhead water tank with a storage capacity of one thousand litres. Besides, one septic tank has been installed for four houses.

Moreover, all these 3,423 houses are linked under the multi-purpose facilities where a school with community clinic-cum-community centre, open play-ground, mosque including Eid-gah are available. In addition, every house has an electricity supply and deep tube well with an underground water reservoir system for the availability of pure drinking water. The RCC drainage system with culvert, internal road connections with bricks, ponds with cement made stairs, shopping centre, rainwater harvesting facilities, social forestation and graveyards are available.

All these activities are implementing by the Development Infrastructures/Support Facilities for Operation of Payra Port (DISF) project under the Payra Port Authority (PPA), with the guidance of Bangladesh Navy.

In order to create an alternative income-generating source for all the 4,200 families, the Payra Port Authority facilitated a hands-on training programme (one member from each family). Most of the women households received three-month tailoring and garments training while men received three-month vehicle driving training as per their choice. As per their interest and local demand, both men and women also received different types of practical training like mason, livestock rearing, fish rearing, homestead gardening, mobile phone servicing, motor-cycle, rickshaw repairing, television and DVD repairing, refrigeration and air-conditioning repairing training, etc.

All these hands-on trainings were conducted by the Development Organisation of the Rural Poor (DORP) at the field level. A few examples can be shared about these distressed families – how they are passing the days after receiving training!

Reksona Begum, a 32-year-old housewife, lives with her husband Habib Khan with two children in Banatipara bazar of Lalua union under Patuakhali district. Her husband had 36 decimal of land and a tiny house both of those were acquired by the government. They received Tk. 435,000 as compensation for surrendering their homestead.  After receiving compensation, Reksona came to know that the honourable Prime Minister has extended her hands to these distressed families while they will get pucca building house. Reksona and her husband were so surprised and excited to know this news! It was a dream for them to have a pucca house in the future!

In addition, the Payra port authority asked Reksona whether she could involve in any income-generating activities to improve her livelihoods. She chose tailoring and received three-month hands-on training. She received Tk. 500 per day as an honorarium for this training, where she got a total of Tk. 36,000 as training honorarium. Later, she started tailoring business at her house along with her husband. Their tailoring business is now gradually increasing while she expects to earn around twenty to twenty-five thousand taka as net profit from the coming Eid festival.

Harun Mridha received a 3-month hands-on training on Masonries from the project. After training, he is now involved in the construction works as Mason and receiving higher income. Side by side, he developed a poultry farm at his house after getting orientation from DORP. Through this training, he developed an integrated homestead farming at his house and earns money round the year.

Zeba Afroza, the Team Leader of DORP pointed that the women households under this project are becoming the asset of their family and contributing significantly to their family to achieve food and nutrition security through their income.

Captain M Muniruzzaman, the Project Director of DISF project confidently expressed that after establishing the planned development programmes of this project, Kalapara would be a surplus food basket, which is now a food deficit and most vulnerable area in the country.

Through observing the project sites, we expect that after involving with this project, the vulnerable households may be able to cultivate their fallow lands in the dry season by adopting newly developed salt-tolerant crops variety along with the recently innovated affordable climate-smart technologies and may ensure good harvests, which is now totally vacant around seven months in the dry season.

We hope the government would consider the project activities as a role model for sustainable development of the vulnerable communities in the country and replicate the same in other areas. We expect that the government will consider this innovative model as a national programme to improve the livelihoods of vulnerable families.