We Can Restore Our Earth Together 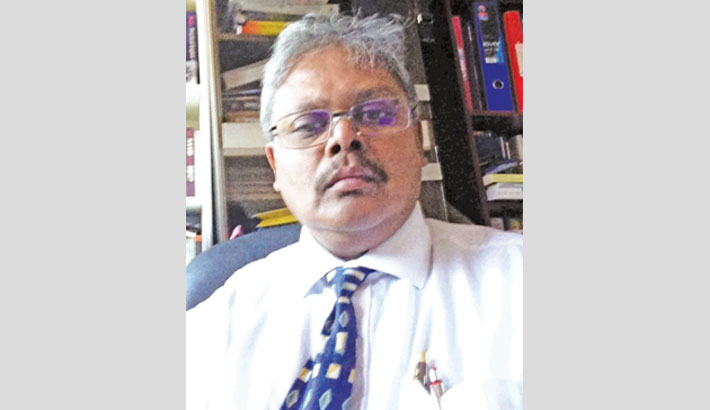 On 22 April 2021 world will celebrate the Earth Day. This year the theme of the day is ‘Restore our Earth’. First held on April 22, 1970, it is an annual event spread over more than 193 countries to demonstrate support for environmental protection. History suggests that in 1969 at a UNESCO Conference in San Francisco, John McConnell proposed a day to honour the earth and the concept of peace. Later on United States Senator Gaylord Nelson proposed the idea to hold nation-wide environmental activities on April 22, 1970. Nelson hired a young activist, Denis Hayes, to be the National Coordinator. Nelson and Hayes renamed the event ‘Earth Day’. This essay put forward some ideas about restoring the earth through the system thinking of ecological recovery.

In their book Rewilding published in 2020, Jepson and Blythe mentioned that around 130,000 years ago the megafauna started going extinct. 177 of the 294 known mammalian megafauna species disappeared between then and 1000 years before the present time, based on the fossil record. Extinctions are normal in the fossil record but usually the vanished species is replaced by a different one. However, radiocarbon dating suggests that although megafauna’s extinctions started earlier, a sudden acceleration began 22,000 years ago. According to Jepson and Blythe, ‘this timing aligned with the dispersal of Homo sapiens around the planet and gave rise to the theory of ‘overkill’ to explain the extinction.’ Several other researchers also suggest the connection between megafauna extinctions and human hunting. This leads to the idea of rewilding, which is a concept relates to the ecological recovery.

There is a difference between ‘restoration’ and ‘rewilding’. In restoration ecology, we follow linear thinking but in rewilding, we follow systems thinking. There are several other differences such as in restoration ecology, ecosystem focus is on components and assemblies, but in rewilding, ecosystem focus is on interactions and dynamics. In the general term, rewilding is a form of restoration ecology but not all restoration ecology is rewilding. In the Science journal (2019), Perino and others presented a framework for rewilding complex ecosystem. According to the framework, ecological recovery is three dimensional. These are ‘trophic complexity’, ‘random disturbance’ and ‘dispersal’. ‘Trophic complexity’ relates to the interaction between organisms through the lens of food chains. It investigates how the presence or absence of interactions affects the complexity and structure of the ecological system and ecosystem processes. Random disturbance relates to the human-wildlife conflicts and dispersal relates to the spread of species, seed and organism.

Perino and others argued that the state of any ecosystem can be plotted in three dimensional spaces, where each process is represented as an axis. The volume of the central pyramid provides an indication of the richness, diversity and resilience of a present ecosystem. In fact, we need to understand how complex are the trophic interactions, how easy is it for organisms to disperse and how frequent are natural disturbances? This system thinking will allow us to understand the situation of the current landscape and way forward.

In order to restore the earth, eDNA (environmental DNA) can play an important part. This is the DNA collected from the soil, water or even air, rather than from the organism itself. DNA deposited into the environment by organisms via their faeces, mucus, hair and carcasses accumulate over time. Analysis of them using computational technique can make us understand the earth system impacts and contribute to the rewilding process.

On Earth Day, US administration has decided to convene a global climate summit. The intention is to find out how we can prevent the coming disasters of climate change and environmental destruction together. So far, it is clear that unless equity and justice are at the heart of environmental policy, any efforts to restart a nation’s commitment to environmental protection will be only half complete. Many nations have already recognized that environmental justice is a key component to reduce pollution, address the health effects of continuing and past pollution and can provide a just transition to a new energy economy.

There are some citizen science activities happening around the world. In sub Saharan African region citizen science has been considered as a critical step toward protecting the earth because each person’s behaviour and habit are important for managing the earth.  An example of such activities in the African region is that they are using mobile device and pay attention to the waste habits of communities through trash mapping. They just take photo and geo-location identifies the location of the photo. Data then analyse and assess the extent of pollution and use the data to influence local and national policies, empower stakeholders to take action, raise community awareness and engage in research to protect the environment. By empowering individual different collective initiative can be developed. In UK, as a part of citizen science initiative, individual mobile phones are used to gather air quality data around the town and cities. Community action against illegal dumping of waste is also another initiative that helps tackle the destruction of local environment.

We are aware from Fairfield Osborne’s book Our Plundered Planet and William Vogt’s book The Road to Survival, published in 1945 that nature, soil and the environment are in decline. Also poor stewardship was blamed and suggested that without action humanity will face catastrophe. Rachel Carson, in her book Silent Spring, published in 1962 added a sense of urgency by using a powerful metaphor of a spring without rebirth. Currently, every year fifty one billion tons of greenhouse gases are adding to the atmosphere. To stop the warming and avoid the worst effects of climate change, we need to aim for zero emission. This climate emergency can be an opportunity for rewilding. Since the 2015 Paris climate agreement, countries around the world have started intensifying the action and investment needed for a transition towards a sustainable low-carbon future. Interest is growing in natural climate solution.

Above all, in order to restore our earth, climate change solutions must centre and benefit those most disproportionately impacted by environmental degradation and climate change. In the World Earth Day, we should think about the restoration of our earth within the ambit of environmental justice. This can only happen if we work together.