Cannes to open with ‘Annette’ 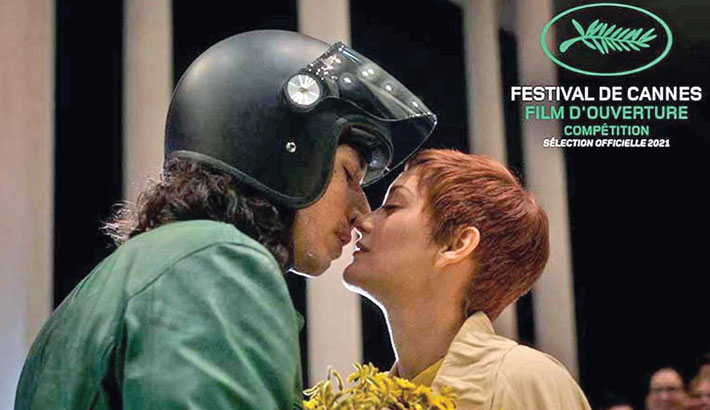 Set in contemporary Los Angeles, ‘Annette’ tells the story of Henry (Driver), a stand-up comedian with a fierce sense of humour, and Ann (Cotillard), a famous singer.

In the spotlight, they are the perfect couple, healthy, happy and glamorous but the birth of their first child, Annette, a mysterious girl with an exceptional destiny, will change their lives.

“We couldn’t have dreamed of a more beautiful reunion with cinema and the silver screen, in the Palais des festivals where films come to assert their splendor,” Cannes General Delegate Thierry Fremaux said in a statement.

“Carax’s cinema is an expression of these powerful gestures, these mysterious alchemies that makes the secret of cinema’s modernity and eternity,” he added.

“Every Leos Carax film is an event. And this one delivers on its promises!” added Cannes Festival President Pierre Lescure.

“Annette is the gift that lovers of cinema, music, and culture were hoping for, one that we have been yearning for during the past year,” he added.

Carax is best known for his films Boy Meets Girl, Bad Blood, The Lovers on the Bridge, Pola X and Merde.

Produced by Charles Gillibert, Paul-Dominique Vacharasinthu, and Driver, in association with Amazon Studios, Arte, and Canal+, Annette will be distributed in France by UGC and by Amazon in the US Kinology is handling international rights. UGC plans to release the film in France on July 6, the day of its Cannes premiere.

Composer Shravan Rathod 'very critical' after testing positive for Covid-19, says son Ranbir Kapoor, Alia Bhatt twin in white as they head for a vacation after recovering from Covid-19

The Cannes Film Festival 2021 has been delayed from its usual May opening to July 6-17 due to the COVID-19 pandemic. Filmmaker Spike Lee will head the international jury this year.