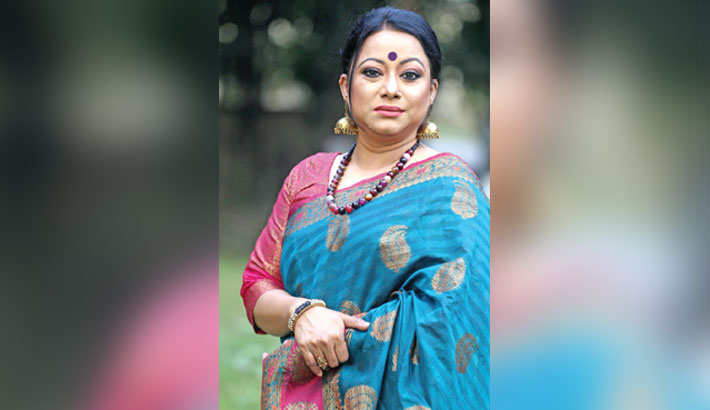 The versatile singer Alam Ara Minu has been entertaining music lovers with her melodious voice for many years. She got huge popularity for the song ‘Je Matir Buke Ghumiye Ache Lokkho Mukti Sena’, originally sung by Syed Abdul Hadi. After gaining popularity for the song, Minu lent her voice to many patriotic songs.

After an eight-year hiatus, the singer rendered another patriotic song on the occasion of the golden jubilee of Bangladesh’s independence. The title of the song is ‘Ghor’. Written by Seikh Nazrul, the song has been composed by Fidel Nayeem while Waheed Shahin has arranged the music of it.

The song was released on March 25 on the YouTube channel of HM Voice.

About the song, the singer said, “The tune of the song is very nice and the lyrics too. I got emotional while rendering. The music video also shot beautifully. I’m really happy about this song.”

Minu also composed a song ‘Shono Prithibi Shono’ on the occasion of International Women’s Day. Along with Minu, seven popular singers of the country lent their vocals to the track.

Alam Ara Minu is a prominent singer of the country. She is the enlisted artiste in both Bangladesh Betar and BTV. She has released over 30 albums and playback for over 100 films.