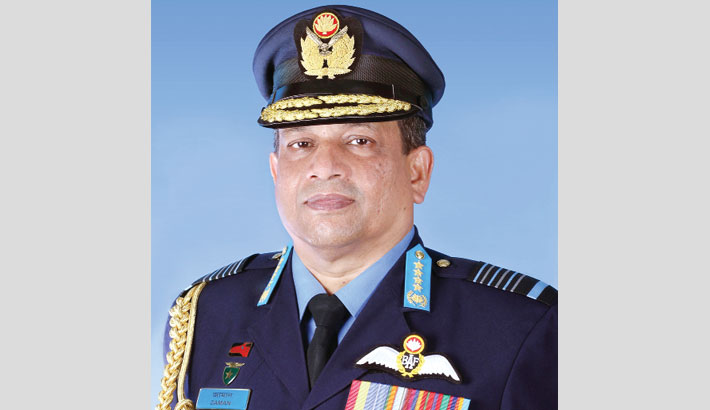 Chief of Air Staff Air Chief Marshal Masihuzzaman Serniabat along with his spouse and four entourages left Dhaka for Turkey on Sunday on a six-day official visit.

He left the country by a C-130J aircraft of Bangladesh Air Force accepting the invitation of Commander of the Turkish Air Force General Hasan Küçükakyüz. During the visit, Bangladesh Air Chief will visit the mausoleum of Mustafa Kemal Ataturk, the founding father of Turkey, and pay homage to him by laying floral wreath at his mausoleum.

It is expected that the visit of Bangladesh Air Chief will play a vital role for strengthening the existing cordial relationship with Bangladesh and Turkey by expanding scope of mutual cooperation in the professional sectors.

Besides, there will be an opportunity to exchange fruitful views with the Turkish high military and civil officials on the future plans of Bangladesh and Turkish Air Force.

Mentionable that Chief of Air Staff is expected to return home on April 25.