It is your choice to be alive or dead 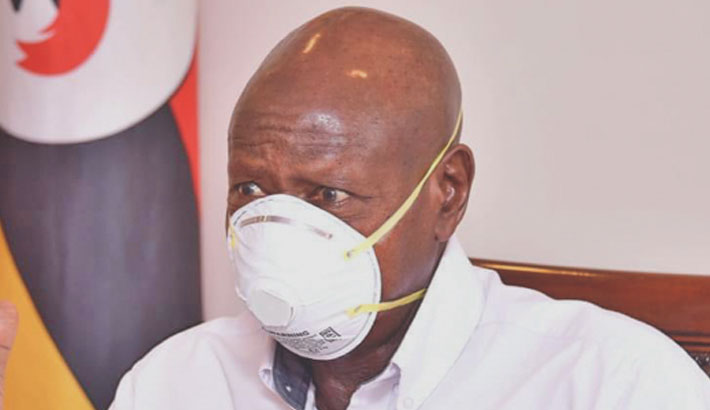 Ugandan President Yoweri Museveni has issued a cheeky warning to his countrymen not to incur the wrath of a ‘busy’ God by failing to adhere to the health guidelines set by his government aimed at curbing the spread of coronavirus.

He spoke during a two-hour address to the nation, noting that Ugandans are still coming into contact with strangers, breaking curfew, and even defying the ban on private and public transport.

According to him, God was busy rescuing the world and did not have time to save Ugandans who do not follow instructions.

The head of state compared the fight against coronavirus to a military war whose only agenda was to harvest deaths.

The head of state issued a statement metaphorically comparing the global fight against the pandemic to a military war where the only agenda was to harvest death. He also cautioned Ugandan’s people against misbehaving in the hope that God will save them against the coronavirus noting their Heavenly Father was preoccupied with other important things. “God has a lot of work”

The situation of Bangladesh is not an exception to this. After the country detected the first Covid-19 case, the government led by Prime Minister Sheikh Hasina issued various directives for the citizens to follow. A section of people seems to be proud of violating the social distancing rules.

Many people of the country are happy if and when the government faces difficulties in tackling natural or manmade disaster. They have no sense of belongings. These people never consider themselves to be a part of the government and country.

The sixth term winning President Museveni said “In a war situation, nobody asks anyone to stay indoors. You stay indoors by choice. In fact, if you have a basement, you hide there for as long as hostilities persist.”

Everybody is expected to be careful about his own future. But reality is contrary to the expectation. There was a public perception that corona will not affect a country of tropical climate like Bangladesh.

Yoweri Museveni further asked those asking for the freedom to desist from doing so noting during a war, one should not insist on their freedom. According to him, they should willingly give up their freedom in exchange for survival since the war they were fighting would only satiate after turning the world into one big death field. ‘During a war, you do not complain of hunger. You bear hunger and pray that you live to eat again,” he said.

He also warned them against asking for the freedom to be outside and run their business while the fight against coronavirus continues. President Yoweri Museveni has cautioned Uganda’s people against flaunting safety precautions issued by the government to curb the spread of the novel coronavirus pandemic.

“God also needs to look at Latin America where people are suffering. Here he has given us enough information on the coronavirus for us to look after ourselves. He can’t be blamed and the government cannot be blamed,” he further said.

The majority of people in Bangladesh are moving against the current. Usually, they do not wear masks. Sometimes, they use masks to avoid administrative action, not Covid-19. If they get a chance, they gather at any tea stall to gossip. There is a rumour that devotees are not affected by Covid-19.

The government is trying to execute lockdown amid non-cooperation by a section of people. As a result, there is processions of deaths and multiplicity of corona patients in hospitals.

Ugandan President Yoweri Museveni said people do not expect their children to go to school amid war. They will be happy if the government does not impart military training to the children.

About Covid-19, he said the enemy is invisible and traditional way of military fighting will not help resolve the crisis. Wearing masks and social distancing are needed to fight the enemy.

According to him, the world was in a state of war that does not involve guns, bullets, human soldiers, without cease-fire agreements or sacred zones. The head of state said the army in the fight against COVId-19 was without mercy, without any milk of human kindness and that it was indiscriminate. It has no respect for children, women, or places of worship.

“This army is not interested in the spoils of war. It has no intention of regime change. It is not concerned about the rich mineral resources underneath the earth,’ he said. “It is not even interested in religious, ethnic or ideological hegemony. Its ambition has nothing to do with racial superiority. It is an invisible, fleet-footed, and ruthlessly effective army,” he added. Museveni also noted the pandemic’s capacity to achieve its aim was not in doubt and that even without ground, amphibious and aerial machines, it had bases in almost every country.

He said the Covid-19 enemy does not follow any war protocol, giving immunity to women and children.

But he was also quick to point out that the enemy had a weakness and that it could be defeated and that it only required collective action, discipline and forbearance. According to him, COVID-19 could not survive social and physical distancing and that it only thrives when one confronts it. “Its movement is not governed by any war convention or protocol. In short, it is a law unto itself. It is coronavirus,” he said.

Ugandan President also said it is not time for people to cry for bread and butter like children. Food is not enough for the survival of human being during a critical time. People need to follow the advice of the government and show love for each other.

By his legendary speech, the President wanted to make people understand that the soldiers do not expect food in the battlefield. What do we see in Bangladesh? The markets are experiencing mad rush of customers. We want to buy all products of the shops. We want to eat everything at the cost of life.

The UK closed entry of any people from Bangladesh. On the other hand, UK returnees imported a new variant to Bangladesh.

Expatriates are also responsible for bringing the virus to the country last year. After arrival, they violated the terms of quarantine. These people abide by laws in the host countries but violate them in their homeland. The whole nation has to pay for the mistake committed by them.

A long-term and farsighted plan has to be adopted. We have to follow every decision the government takes in this regard.

We have to take lessons from the speech of Ugandan Present. Unity and patience are very determining factors to fight the pandemic. Social distancing is a must.

There is no procession of death in Wuhan which was epicenter of the Covid-19 virus as Chinese authorities succeeded in executing health regulations. Love needs to lurk in our hearts but we need to maintain social distancing. We should not crave lurks and perks.