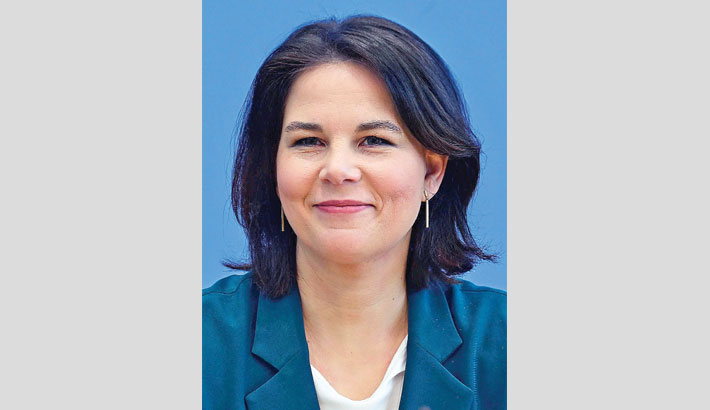 BERLIN: Germany’s Green party on Monday named its co-chair Annalena Baerbock as their candidate to succeed Angela Merkel, throwing down the gauntlet to the chancellor’s conservatives who were locked in increasingly vicious infighting for her crown, reports AFP.

“Both of us want the job, but in the end, only one can do it. So today is the moment to say that the Greens’ first chancellor candidate will be Annalena Baerbock,” said the party’s joint co-chairman Robert Habeck.

Baerbock, 40, is the first chancellor candidate ever nominated by the Greens.

Yet with the party polling in second place behind Merkel’s divided conservatives, the Greens now have a genuine chance of becoming the biggest party and taking the chancellery.

“Today, we begin a new chapter for our party and—if we do well—for our country,” said Baerbock.

“I am standing for renewal, others will stand for the status quo,” she said, adding that “climate change is the biggest task of my generation”.

A former trampolining ace who studied international law at the London School of Economics, Baerbock has never held a government role.

As a teenager, she took part in trampoline competitions, winning three bronze medals in German championships. The sport taught her to “be brave”, she has said.

But the mother-of-two and trained lawyer has surged in popularity in recent months, using the media spotlight on the pandemic to criticise the government for not prioritising children during the crisis, while laying out her own proposals.