Each low-income family to receive Tk 2,500 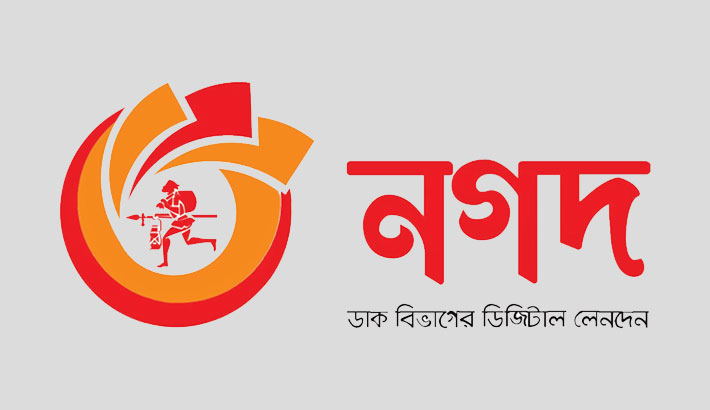 ‘Nagad’, the digital financial service of Bangladesh Post Office, will distribute the lion share or around 45 percent of the Prime Minister Sheikh Hasina’s Eid gift to be delivered this time among around 33.39 lakh low-income group people who have been affected from the current COVID-19 pandemic situation.

Earlier in last year when the pandemic hit the country, the Prime Minister’s Eid gifts were delivered among some 34.06 lakh affected families through mobile financial services (MFS).

As per the decision of the government, around Tk 834.73 crore would be distributed this time among the affected families with Tk 2,500 each for per family through mobile financial services of which the highest number of 14.97 families would get such Eid gifts through ‘Nagad’ which is also 44.83 percent of the total number of beneficiary families.

Last year, some 12.90 lakh families received such support from the Premier through ‘Nagad’, the fastest growing mobile money service of this kind in the biosphere.

Apart from ‘Nagad’, some 10.54 lakh families would be provided financial support this time by bKash, which represents 31.57 percent of the total number of beneficiary families.

Rocket, the MFS service of Dutch Bangla Bank Ltd, this time will provide such financial support to some 7.88 lakh families compared to 7.06 lakh families last year.

Officials concerned said although SureCash provided financial support to some 4.80 lakh families last year, but their services remained suspended this year. As a result, their service recipients have been divided among three other MFS providers.

As per the rearrangement, about 50 percent of the 4.80 lakh SureCash clients will now receive cash support from Nagad, followed by 30 percent from bKash and 20 percent from Rocket.

Like the previous year, each family will receive Tk 2,500 each.

Concerned officials said the beneficiaries will also get the charges for cashing out Tk 2,500 cash support for per beneficiary for which they need not to pay any extra amount.

The concerned MFS operators will send the amount of the financial support to the beneficiaries after adding their respective cash out charges.

Against rendering such services, the operators will get Tk 15 for sending Tk 2,500 to each beneficiary.

The concerned operators will have to bear the rest of the amount for the cash out.

Earlier in the last year, the Prime Minister inaugurated the operations of providing financial support to the affected families through the government to person (G2P)

method. The Premier is also expected to inaugurate such operations of providing financial support this time.

Talking to BSS, Tanvir A Mishuk, Managing Director of ‘Nagad’, said from the very beginning, Prime Minister Sheikh Hasina stood beside the poor and affected people who lost their jobs because of COVID-19 pandemic. “This is the farsightedness of our Prime Minister. Moreover, due to her increased interest in digital services, beneficiaries are now getting the government’s grants through their mobile phones sitting at home,” he said.

Mishuk also extended his heartfelt thanks to the Primer for entrusting Nagad with the task of distributing the largest share (44.83 percent) as before, relying on the services of this MFS provider. “We think that Nagad has been given more responsibility than last year because of its efficiency and transparency to the process. We promise that the government’s allocation will be delivered to all the beneficiaries in accordance with the list given by the administration in the most transparent manner in compliance with all the rules and guidelines.”

The managing director of ‘Nagad’ said it always conduct it’s activities like from opening customer accounts in accordance with the guidelines of Bangladesh Bank and such continuity will be maintained in this case as well. Meanwhile, apart from distributing financial support to those families who lost their jobs due to COVID-19, the Ministry of Agriculture is actively considering to provide cash support of Taka 5,000 to each affected farmers of 36 districts as hailstorms and nor’easter with gusty wind swept over those districts on April 4.