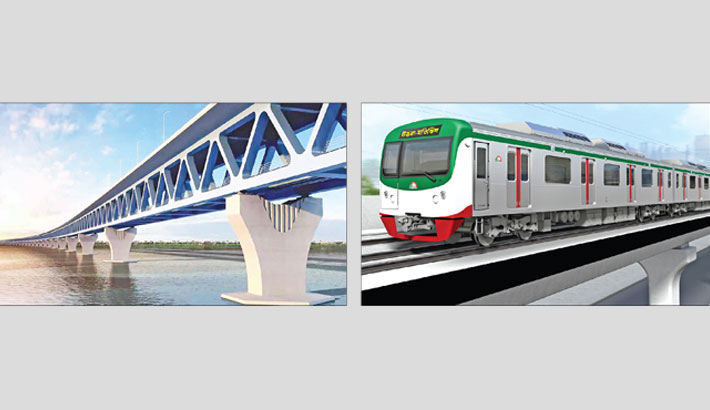 Government’s development work could not return to earlier momentum by overcoming corona induced slowdown even after nine months of the current fiscal year.

Against this backdrop, second wave of coronavirus and lockdowns are likely to deal a fresh blow to ADP implementation performance in the current fiscal year as well.

The only silver lining is that the government has announced that unlike last year development work will continue despite lockdown.

But this will not be enough to fully avoid the negative impacts of the crisis, according to economic analysts.

At the end of first three quarters (July-March) of FY21, ADP execution hit five-year low at 41.92 percent whereas it was 45.08 percent in the same period of FY20 that was yet to see the Corona impacts.

Despite having a larger ADP outlay this fiscal, year-on-year expenditure growth entered in the negative territory in the period.

ADP implementation faced a severe setback in FY2020 by the COVID-19 onslaught as the rate of execution stood at 80.18 percent, the lowest ever.

The monthly implementation data presents an optimistic picture, showing signs of recovery from the crisis, even though not very shortly.

Only in March this year, ADP expenditure was recorded at over

Local resource utilization rate was 41.42 percent, the second lowest in five years, with expenditure volume surging to Tk 557.75 billion from Tk 500.85 billion. But in terms of percentage it was higher at 43.18 percent last year.  Project assistance (PA) utilization performance, slumped to 46.82 percent in the period from 57.42 percent one year ago although the volume was larger at Tk 294.95 billion this fiscal compared to last fiscal’s Tk 292.85 billion.

Public corporations’ ADP execution with their own money has lost way as their performance nosedived to 21.19 percent with Tk 24.65 billion total expenditure against 41.97 percent or Tk 40.37 billion spending a year earlier.   With the fresh Covid-19 onslaught in the country in the fourth quarter, time and cost of many projects are feared to rise, delaying the project benefits.

“Corona must have impacts on ADP projects. It is quite logical that infrastructure projects will face a setback even though the feasibility study or technical assistance projects may have less impact,” said IMED Secretary Pradip Ranjan Chakraborty.

The government has set a target to complete 411 ADP projects in the current fiscal year, but many of them are not likely to be complete within the stipulated time.

“The target of finishing projects may be implemented partially as most of the finishable projects will encounter problem this year,” he IMED secretary said.

“The second wave of Covid-19 must have adverse impacts on development projects, especially those which are labour-intensive and foreign workers oriented,” former lead economist at the World Bank’s Dhaka office Dr Zahid Hussain added. In reply to a question whether the government steps to safeguard development projects from crisis would be enough, the economist said definitely the projects will have negative impacts for ground reality.  15 top ministries that fetched 85 percent ADP money posted 42.32 percent overall ADP performance in the first nine months with science and technology ministry registering the highest rate of 54.03 percent followed by 51.62 percent by power division and 51.13 percent by bridges division. Among them, health services division hit the bottom with nearly 21 percent implementation performance.