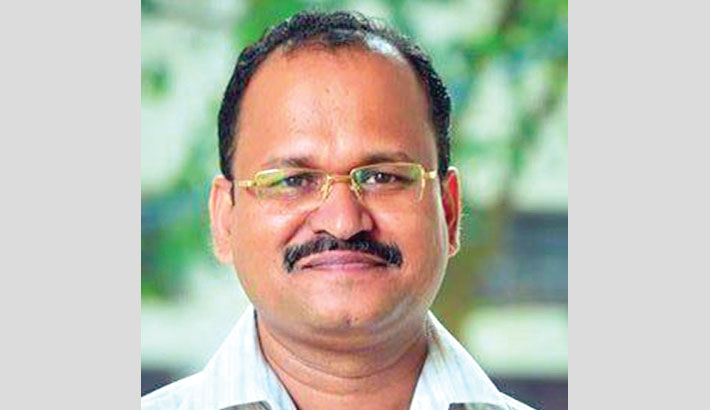 Everything has an end. However, the deadly virus seems to have brought to end everything. Though it may sound a little quixotic, things, developments and catastrophe due to this virus point to the very anticipation made above. First wave, second wave, third wave and more waves may be in the offing! Precious lives are being perished, livelihoods are being destroyed and lockdowns are, necessary though, making things all the more tough for many.

This is such a quandary. Nobody seems to have any answer to this million dollar question: When will the virus stop or lessen its mayhem?During its first wave in Bangladesh one year back, there were casualties and losses in all respects, the middle class and the poor being the hard-hit. During its second wave in the running months, things have become all the more precarious in terms of infections, deaths, severities and bereavements.

As there were series of lockdowns last year, many people belonging to various professions other than those of government and autonomous bodies suffered immeasurably owing to loss of jobs as well as terrible losses in businesses. Having lost sources of income, many people had to leave the capital and other major cities. Even during the longlockdowns in 2020, government had to leave out garments industries from restrictions for keeping the essential sector functional.

Many criticised this step initially. However, this very step turned out to be beneficial in the long run. Fortunately, then, corona infections did not turn out to be a serious concern in garments industries. Even during the recent lockdowns, garments industries have been kept out of the purview. For the people living in ivory tower, this might be a matter of discrimination. However, this decision must have been a pragmatic one given the importance of this sector as well as the sustenance of the workers in this huge sector.

There is no denying that Bangladesh has progressed a lot during the last fifty years and economic advancement has been awesome during the consecutive regimes of the current government led by Prime Minister Sheikh Hasina. Number of rich people has increased exponentially in this country over time. As a result, lifestyle change and lavish lifestyle on the parts of many have been ostensible. Many people of the country have had luxurious second homes in abroad. In fact, a group of people has so much that they do not even find enough space to spend.

Frankly speaking, however, not all the rich people attained the riches by dint of perseverance and hard work. Though some have achieved everything in their own right, the number of people becoming rich by virtue of ill-gotten money is not few. Increasing number of loan defaulters with many banks, burgeoning number of corruption reports, and regular money launderings are just few examples as to how a section of people have become rich overnight almost effortlessly.

However, very few cases of loan defaults, malfeasance of money and money launderings are reported in the media. To be candid, the reported cases are just the tips of the icebergs. Though various government bodies are seriously engaged in preventing and limiting the above-mentioned corrupt practices, such practices are not coming down much. On the contrary, things are turning worse in some cases. This is another conundrum that continually disturbs the national conscience.

Avarice on the parts of many influential incumbents just shows no sign of concession. The picture depicted above as to the rich and fortunate section of the society represents just one dimension of the anecdote. There is, however, a very different side of the coin which is filled with want, poverty, helplessness and desperation for survival or for managing two times meals. Millions in the country still live from hand to mouth. They have to remain worried for the next day even if they can manage some day.

Number of petty job holders and day labourers in the country is a huge one. Starvation, thus, stares them in the face if they fail to go out or manage at least a daily job.Almost same fate is of many private job holders. The long-drawn coronavirus effect has robbed many of their good jobs and turned them literally penniless. It baffles one’s reasoning to think as to how they are managing with their families in these days of unabated price spiral. The bigger problem with such people is that many of them cannot even seek help from others out of hesitation and shame. Thus, their families have to remain unfed at times.

Anybody walking in the thoroughfares and local streets can have a painful picture about many people’s corona-induced joblessness. One just needs to look at the magnitude of increase in the number of rickshaw-pullers to have a clue. The government has announced handsome package for the needy people. However, the harsh reality in Bangladesh is that many such people remain out of the ambit of such assistance due to corruption or mismanagement at the distribution stage. Moreover, at times, the allotted amount is not enough for greater number of needy people in various areas.

Increase of people in the queues for commodities sold by TCB is just another indication that more and more people are joining in the long queues. Number of deaths due to coronavirus has increased recently. At the same, corona-induced pauperisation is also increasing sharply and leaving more and more people in sheer jeopardy. The people who suffered badly during 2020 will not be able to withstand the terrible effects of more lockdowns in 2021. Having no other option, the government is being forced to impose lockdowns.

However, prolonged lockdown will hurt our economy badly. Moreover, consequently, a large portion of people may have to encounter excruciating hunger. The businesses which incurred losses last year will not be able to cope up with another round of lean period and loss this year as well. For a country like ours, protracted lockdown is, thus, not a sustainable solution. Corona-induced pauperization has already become more painful than corona-induced casualties in many ways.

Vulnerable people are already keeping away from infection-prone places and maintaining health protocols. Less vulnerable working class people should not be deprived more of opportunities to earn something to purchase essentials for mere survival. Hope, the government will seriously consider giving equal importance to livelihood in this dilemma between life and livelihood and avert more lockdowns in exchange for strict maintenance of physical distancing and corona heath protocols. If, however, lockdown needs to be continued, helpless people must be provided with essential support.

of Public Administration and