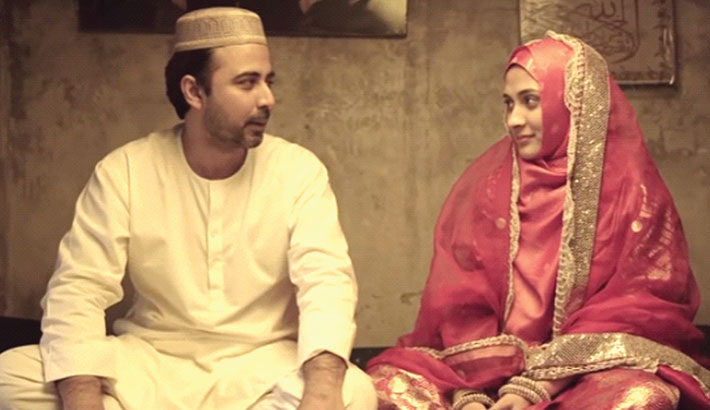 Popular small screen pair Afran Nisho and Mehazabien Chowdhury starrer drama ‘Mohabbat’ has been released on YouTube recently. Since its release date, the drama is getting huge response from the audience.

Written by Mezbah Uddin Sumon and directed by Rubel Hasan, ‘Mohabbat’ was published on the YouTube channel of CMV on April 10. The drama has got 4.5 million views within 8 days. It also has over 30 thousand comments in its comment section where most of them are positive.

The story of the drama revolves around a boy and girl of opposite characters. In the play, Afran Nisho portrays the role of a suburb boy who always passes his time with friends in a local tea stall. On the other hand, Mehazabien is such a girl who prefers to stay at home. She is also religious   and maintains all the rules of Islam. One day, Nisho unexpectedly meets Mehazabien and he fall in love Mehazabien. Thus the story of the drama continues...

Director Rubel Hasan said, “I’m overwhelmed that the viewers have liked the drama. In suburb areas, we see many characters like Nisho. People always have negative perception of these characters. I have tried to depict a special side of such characters.”

Producer SK Shahed Ali Pappu said, “The drama has been depicted both the social and religious belief. The audience gets a message through the drama. For that reason, ‘Mohabbat’ has been applauded by the audience.”