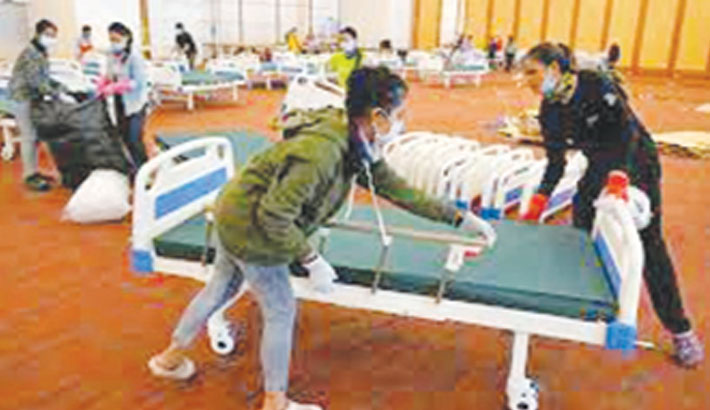 Cambodia began setting up thousands of hospital beds in two wedding party halls on Sunday to cope with an influx of COVID-19 patients in a country that up until recently had largely managed to contain infections, reports Reuters.

Cambodia also reported a daily record 618 new coronavirus cases on Sunday, its health ministry said, in a spike in infections following an outbreak first detected in late February. The new numbers took the overall tally to 6,389. Cambodia until recently had one of the world’s lowest numbers of infections. It has reported 43 deaths, all in the past two months.

“The Ministry of Health has decided to use the Premiere Centre Sen Sok to prepare for the Covid-19 treatment centre which can accommodate more than 1,500 Covid-19 patients,” Cambodia national television TVK said on Sunday, citing a health official.

Or Vandine, secretary of state and health ministry spokeswoman said she was busy in a meeting and had no immediate comment to a Reuters query. Health Minister Mam Bunheng couldn’t be reached for comment.

Images in local media showed Mam Bunheng visiting one of the wedding venues Vimean Piphob Thmey Sensok as police set up hospital beds. A Reuters photographer was denied entry and told to come back next week.

Phnom Penh and a satellite district of the capital went into lockdown on Thursday in an attempt to curb the spread of infections.

Under the lockdown, most people are banned from leaving home for two weeks except to go to work, buy food or for medical treatment.