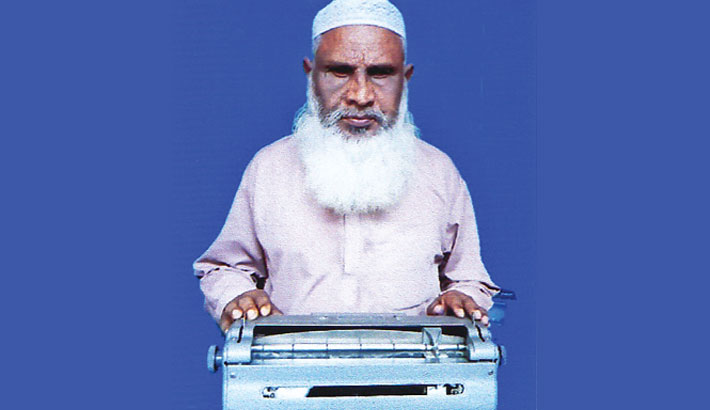 A visually impaired man named Chan Saudagar has sought financial assistance from philanthropists for repairing a Braille machine, which is the only way of his earnings.

The poor blind man, who is also a hafez (memoriser of the Holy Quran) depends on the machine for livelihood, says a press release.

Chan Saudagar, an inhabitant of Am Khawa village of Dewanganj Upazila in Jamalpur, lost his sight as the result of smallpox at the age of four.

His father Munsur Ali was shot dead by Pakistan Army during liberation war and the death of his mother during famine in 1974 left him as orphan.

An English woman extended a helping hand to Chan as she got him to be admitted in a blind School in Dhaka. He learned the Holy Quran by heart at the school. He also received training in Braille machine for writing books for blinds.

Subsequently, he purchased a Braille machine with the financial help of kind-hearted persons. But the machine has now gone out of order completely.

As a result, Chan is leading an inhuman life. Now he needs Tk-20000 for repairing the machine. He has requested the affluent people to help him repair the machine.

Anyone can send money by savings account no Sherina, 6949, Islami Bank Bangladesh Limited, Jamalpur Branch or bkash no 01761-586791.